Overtime: Another Tactic that Won't Hold in Court

Marcel C. was happy with his job at a large communications company until a new manager was hired. "He hasn't paid us overtime that we are entitled to, even though we submit overtime on our timesheets," says Marcel.

"This has become a general problem for my entire crew," says Marcel (not his real name). "When we put in the hours for overtime, they have seldom been reflected in our paychecks. Every Sunday our manager has the ability to approve or disapprove payroll.

"He will use GPS (global positioning satellite) as a measurement to determine our overtime," Marcel explains. "For example, our dayshift starts at 8am and ends at 4.30pm. If we have a job outside of regular hours, say something that is scheduled at 7pm and that job takes one hour to complete, he will look at the GPS and see what time we were on site and the time we left. He will pay according to the on-site and leave time only -we consider it lucky to get travel time. In other words, he will only pay one hour overtime. As far as I know, 12 crew have had overtime withdrawn by this GPS method. 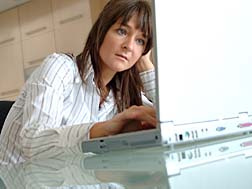 "According to our union, the Communications Workers of America (CWA), we are entitled to be on the clock from the end of our shift because we are on stand-by

It doesn't matter where I am: at home or at the park or on site, I could still be working on that job because I am preparing for that job. For instance, I might be doing software downloads to my laptop PC at home in preparation for an overtime job later that evening. I can be working anywhere but it doesn't mean that I should only get paid while I am on site.

This manager has already fired one technician over these GPS violations. And the tech had worked here for 37 years. It was agreed upon by the company and the union that GPS would be used for 'real time status' for dispatch of jobs --and not to be used for disciplinary action. However, this manager has continued to use it for that specific purpose.

What stance has the union taken?

We have to file a grievance and follow procedure and the next step is to go before arbitration which has been scheduled for a future date. But it's time we got legal help."

On September 12, 2007 a class action lawsuit was filed by workers who cleaned building of World Trade Center debris after September 11. The workers sued several companies who refused to pay workers overtime. The workers were often paid a flat rate of $60 for an eight-hour shift.

On September 2, The Seattle Times reported that about 640 current and former workers of Artistic Drywall are eligible for back pay after a class action lawsuit recently settled. The drywall contractor will pay up to $635,000 to mainly Latino construction workers.

If you are owed unpaid overtime, please contact a lawyer involved in a possible [Overtime Lawsuit] who will review your case at no cost or obligation.
Request Legal Help Now