Overtime: between a rock and a hard place

"There are a lot of things going on with Walgreens that aren't right, especially overtime issues," says pharmacist Donna S. (not her real name for fear of retaliation). She has worked at the huge pharmacy chain for 20 years and estimates she is owed close to $250,000 in overtime pay!

"When I was hired I was told I would work 40 hours a week," says Donna. "The pharmacy manager worked 42 hours. But they know we have to work longer than that."

Donna was promoted to pharmacy manager several years ago. "I accepted the extra two hours but the job isn't worth the hours—they lied to me and I have never worked 42 hours, always more. I called HR—everything is documented—I had been communicating with this same woman for several years. 'Well sometimes you have to work over,' she told me. I said I understand but it gets to the point when you work overtime every day, and that isn't fair. They have the system set up so that we work these long hours continually and it isn't just sometimes—it is all the time." 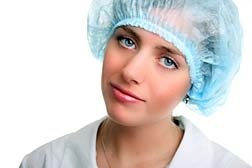 Donna recently stepped down due to the long hours—without compensation. She is now a 'floater pharmacist' and travels from one location to the other, wherever she is needed. As well, Walgreens doesn't pay for travel time unless it is over 32 miles.

"I talked to HR again--sometime last year-- after I sent my supervisor several emails regarding the long hours I was putting in," says Donna. " My supervisor emailed me back and told me to work out a schedule where I could make up those hours because they don't pay overtime--period. Because of the heavy workload at some of these stores, particularly those in rough neighborhoods, I had to work overtime. If I didn't, the work wouldn't get done, prescriptions wouldn't get filled and customers would have to wait until the next day, and a lot more..."

Donna adds that just about every pharmacy employee is in the same predicament, and store managers have it worse.

"I am really frustrated; I have migraines and a bad back. I just got so tired and I stepped down from management. I am back to my regular pharmacy job and I leave on time. Before, I was literally living in the stores. I don't have a family but working this way, I wasn't ever going to get one!

When I stepped down, my supervisor was very calm and said I should think about it—she wasn't concerned. I had been complaining so much about these hours, I wasn't one of their favorites. As well, I was involved in a class action in 2001, here in Houston, when 40 pharmacists weren't promoted. Now there is another class action, Walgreen vs Tucker, based on gender discrimination.

They need to have an overtime lawsuit on their hands. I overheard some managers talking about how many hours they work per week—One guy said he worked 80-plus hours per week. It was way over the norm.

More News
I am proud to stand up for my rights but at the same time, I am afraid of retaliation. I know people have been retaliated against—their lives have been made so miserable; I know because I am one of them.

One supervisor was so horrible to me but she is backing off now because there has been talk of another lawsuit. I'm sure Walgreen's attorneys are talking. A lot of pharmacists can't get along with my supervisor either and she makes the workplace an uncomfortable environment. Walgreens knows they cannot fire you; instead they will do little things to make your life miserable and one of those things is long hours with any overtime compensation.

I am very unhappy with this company right now. After all these years, this is not the way to be treated and I am almost at the point where I will look for employment elsewhere. And that is probably what they want."

If you are owed unpaid overtime, please contact a lawyer involved in a possible [Overtime Lawsuit] to review your case at no cost or obligation.
Request Legal Help Now