Overtime pay is a protected right for hourly employees, but many employers circumvent the law by misclassifying workers as exempt. To that end, a hardware store chain that just settled an overtime lawsuit with a handful of employees is now facing a second lawsuit involving several hundred more. 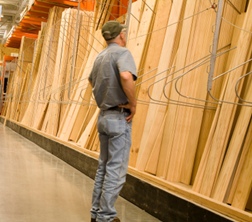 According to yesterday's issue of the Kansas City Star, Westlake Hardware Inc. is facing further action after Judge Fernando Gaitan Jr. of the US District Court in Western Missouri conditionally certified a potential class of more than 300 employees of Westlake who toil as floor supervisors and/or floor managers.

Judge Gaitan decreed that Westlake employees who fall within this latest group are required to opt in to become members of the class. Westlake is required to provide contact information to any employee who works or did work at one time within the relevant capacities from June 11, 2007 to the present day.

An attorney representing Westlake said in a statement that in the company's view, the allegations of misclassification lack merit. As for the previous lawsuit involving 16 employees of Westlake who worked as front-end supervisors, the company maintained through its legal counsel that Westlake had correctly classified its employs and thus did not violate overtime rules. Kimberly Jones said in comments published on June 16 in the Kansas City Star that the case was settled "based on the cost of defending the case, not on its merits."

More OVERTIME News
In May the company agreed to pay 16 front-end supervisors $125,000 in overtime pay and other penalties. Westlake also paid $130,000 in attorney's fees and court costs.

Legal counsel representing the plaintiffs in the most recent action says the lawsuit seeks unpaid overtime and damages for alleged Wage and Hour misclassification under federal law.

It is not known if Westlake admitted to any wrongdoing in the first lawsuit.

Certain classes of employees, such as salaried workers or employees who make over a certain threshold of income, are considered exempt from overtime pay. However, many employers misclassify employees to avoid paying overtime. In a challenged economy with more applicants than jobs, many employees refrain from speaking out for fear of losing their jobs.

The most recent action is pending in federal court, one month after the earlier action was settled.