More OVERTIME News
The US Department of Labor (DOL) has filed a lawsuit in federal court against a waste management firm in Tulsa, Oaklahoma, alleging that the company failed to provide adequate overtime pay for employees over the past several months. 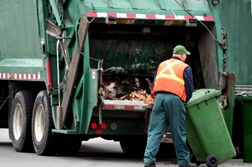 A DOL investigation found that Controlled Waste (CW) had committed numerous violations of the Fair Labor Standards Act (FLSA). Most egregious was its failure to pay some 41 drivers, assistants and administrative staff more than $20,000 in overtime back wages.

"This is not the first time this company has been investigated for failing to properly pay workers," said Cynthia Watson, of the DOL's Wage and Hour Division, in an official statement. "Repeat violations will not be tolerated, and we are hopeful that the civil money penalties imposed will encourage the employer to maintain future compliance with the FLSA."

The FLSA requires that, in addition to providing a minimum wage, employers pay time and a half for hours worked more than 40 per week, according to the DOL's website.