Steve is one of thousands of Costco employees who were "held hostage"—they were locked in the store after clocking out while management performed closing duties. And they weren't paid overtime, which is a violation of the United States Fair Labor Standards Act (FLSA). But Steve might receive his overtime compensation: in December 2010, a federal judge in California ruled the Costco overtime lawsuit could proceed as a state class action in California and a conditional collective action nationwide. 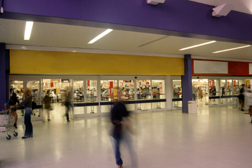 Steve worked at Costco for 17 years, eight of which were in Texas and the rest in Chico, California. (He was terminated in November 2008.) Both store locations he worked in followed the same "locking in" procedures; now that the suit is nationwide, he intends to join the California class-action suit filed by Mary Pytelewski on behalf of herself and all other similarly situated Costco employees.

"I started working at Costco in November 1991 and became supervisor shortly after being hired," says Steve, who was paid hourly. "We were told to clock out after 8 hours but we couldn't leave the building until management placed the jewelry in the vault. Sometimes there would only be two of us locked in the building, other times six or more, depending upon what time your shift ended. For instance, if your shift started at noon, you would clock out at 8.30 pm, but if the front door is closed by 8.30 and you don't get out before the door is closed, you could be stuck there for 30 minutes or even an hour.

"We never got paid overtime.

"We had no choice but to wait. And you've been on your feet all day. Sometimes we would go to the break room and sit and bitch about it—you're tired and you want to go home. It was so annoying, especially when you have a life outside those Costco doors. Maybe you have to pick up the kids, maybe someone is waiting outside to drive you home—and they have to wait too!

"If you want to move up the Costco ladder, you never complain. Even if you are tired or mad, if you walked out that door when managers finished up administrative duties, you wouldn't have a job the next day. I learned to shut my mouth and that's how I stayed with the company for so long.

"A few months ago I came across this overtime issue on LawyersandSettlements: a full-time clerk filed a lawsuit against Costco for $50 million for being held hostage—she was locked inside the store while off the clock. I was held hostage at least twice a week for almost a decade. So many times coworkers and I knew the door was closing and we would clock out and literally run to the front door only to find it was too late—locked in.

More OVERTIME News
"I talked to a few local lawyers and they told me this overtime issue was too big of a wage and hour case to get involved with. Instead, they advised me to join this overtime class action because it applies to anyone who worked at a Costco anywhere in the US; anyone who found themselves locked in without overtime pay, and I intend to do just that."

The Costco overtime class-action lawsuit was filed in May 2009 in California Superior Court and removed to federal court by the defendants. The plaintiffs allege that Costco, the Washington-based membership warehouse chain, locked employees in the store at the end of their shift until managers finished duties such as emptying cash registers and removing jewelry from display cases. In so doing, Costco is in violation of California wage and hour laws and federal statute, regardless of whether employees were locked in the store 10 minutes or one hour.

Posted by
Celine
on October 3, 2014
Does anyone know what ever happened with this lawsuit? I actually got a thing in the mail about it...Years later I called the number on the card I got regarding the lawsuit, and the number was no longer in service....
Posted by
Chris
on November 29, 2012
If this is true, then I have to say that the employees are not very bright, all they need to do is use an emergency exit, which cannot be locked.

Yes, an alarm will go off, but if I am locked in a store, I will go through any exit necessary to leave.

You would need all of the night employees that want to go home to go through the door though, otherwise if it's one or two, they could try firing them.

Also, since the alarm is usually tied to the fire department, they will most likely show up and charge Costco for the fals alarm. If it happens often enough, then Costco would be forced to change their policies, as it wouldn't be cost effective to keep doing business the same way.

Posted by
glennn
on August 5, 2012
:Same ...thing as Kevin Toth explained (above). I worked for Costco for 9 years. I left them 5 or 6 years ago because/..... some of "their "supervisors" abilities: ( to bite off your head and yell down your neck).The other employees would call me an 'old man' in front of the management and they would laugh. ..My parents were in need of having me care for them..Father was on Dialysis,Mother was given 3 months to live .I took off work when I was instructed by Hospice.. to attend to them. Costco 'wrote me up with threats' of termination..when I returned to work"A Mandated State of California" form was posted in the break-room to report any :Abuse,and or /Negligence to the Elderly.......My experience was that the posers of management suddenly will react and respond ,when they are instructed to do so.
Posted by
Kevin Toth
on July 5, 2012
I got a postcard and joined the class action suit as this ALWAYS happened to me for YEARS since I started in September 2005. I never got any settlement.
Kevin Toth