Former and current Best Buy employees are finally getting properly compensated for overtime. "We filed a class action lawsuit in Pennsylvania and another in New York relating to Best Buy's failure to compensate their employees for hours worked," says attorney Gerald Lawrence of Lowey Dannenberg Cohen & Hart, P.C. "Best Buy has reached monetary settlements for both suits and has agreed to change their practices." 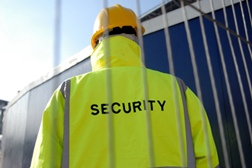 Lawrence filed the suits in 2008, alleging that Best Buy had a policy whereby employees would clock out and then wait for a security search before being permitted to leave the store and go home for the day.

"The original plaintiff, Jason Paul, came to our firm in the Pennsylvania case," says Lawrence. "Initially he had other employment-related claims, and in the course of describing his circumstances, we learned of this practice. We suggested to him that he likely had a claim and our suspicions were confirmed. We first filed a complaint in the PA state courts, which was removed to the US District Court for the eastern district of PA."

The case received publicity in the newspapers and elsewhere and others came forward with similar claims. Mark Turner googled Best Buy and read about the Best Buy class action online.

"Mr. Mark Turner, who worked at Best Buy in Manhattan, also contacted us, which led to filing the NY case," says Lawrence. "In the NY case, about 3,120 employees who were involved in the action consented to join. In the declaration of final report the average payment per claimant was $72.93. The dollar value of the claim was proportional as per closing shift that the class member would have worked during their employment at Best Buy, which averaged about five minutes per day. So we took the average wage and rounded it to 50 cents."

"Many members received notice in the mail and they were surprised that they were getting anything, and I talked to about 100-150 class members that originally thought this was a scam—perhaps identity theft. Some people had worked at Best Buy a number of years ago; some worked just a few weeks, which is not uncommon in retail.

"I can tell you that there were no objections to the settlement and only 50 requests for exclusion, mainly people saying they didn't have the time to send in the paperwork.

"We retained the Garden City Group as the claims administrator, and we obtained all contact information from Best Buy's employment records. Our thought was this: you know who is in the class and you know how to find them, so let's get hold of them. Best Buy was very cooperative.

"The way the settlement worked made it easy to participate. The defendant provided the settlement administrator with names, addresses and identification information for each member, including the number of closing shifts worked. Each member was then sent a class notice and a form with ID info, indicating the number of shifts they worked. All they needed to do was sign and return the form in a timely manner."

More OVERTIME News
Lawrence says that Best Buy realized they faced a potential for liability. "It didn't surprise me: their counsel was thoughtful throughout the case and going forward the company was willing to change its practices. They were willing to work with us, and as part of the settlement employees will now remain on the clock while they are searched."

The class action settlement for present and former Pennsylvania employees of Best Buy was granted on February 19, 2010, and final approval hearing is scheduled for November, 2010. The suit Turner v. Best Buy Co., Inc, filed on behalf of present and former New York Best Buy employees, has been settled for $902,410 plus other non-monetary relief and the costs of administration.

Lawrence also has a similar case pending against CVS, a large US pharmacy chain, that continues to have employees clock out and then get searched.