An overtime bonus lawsuit has been filed in California, alleging employees were not adequately compensated for their overtime hours. The lawsuit claims Wellpoint committed California overtime violations by not including a non-discretionary employee bonus on overtime pay. The lawsuit was filed by Josue Talamantez against The Wellpoint Companies on behalf of employees who are in a similar situation. 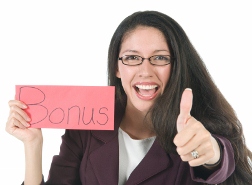 According to court documents found online, the lawsuit (case no. BC489001 in Los Angeles County Superior Court) alleges Wellpoint regularly offered a non-discretionary bonus program in which employees received bonus compensation for achieving performance goals set out by Wellpoint. Those non-discretionary bonuses, however, were reportedly not included when Wellpoint calculated overtime pay.

Under California law, non-discretionary bonuses must be included in overtime pay calculations if the bonus is earned in the same pay period that the overtime is worked. When employees work overtime, their hourly overtime pay must include not only one-and-a-half times their regular rate of pay, but also non-discretionary bonuses. This means that their overtime pay could vary from pay period to pay period, depending on what bonuses they earn. And although the amount at issue could be small from one paycheck to the next, over the course of a few years and when including a company's entire workforce, the amount owed can add up.

If you or a loved one have suffered losses in this case, please click the link below and your complaint will be sent to an employment law lawyer who may evaluate your California Bonus Violation claim at no cost or obligation.
Request Legal Help Now

Posted by
yoichi takahashi
on September 2, 2012
i suppose that if you took a salt bath everyday for relaxing everyday and did yoga you wouldn't feel so tired and it maybe better for you. i also need time for overtime but i found minor adjustments for my life and i wanted to make certain i came out a winner so i am still thinking about it my lawsuit against my employer but i rather spend time winning.