The push to get what many believe is a dangerous product off the market got a helping hand yesterday when Public Citizen petitioned the US Food and Drug Administration (FDA) to pull the Ortho-Evra contraceptive patch off the market.

"Ortho-Evra is a poor choice for women," said Dr. Sidney Wolfe of the US-based consumer advocacy group, in statements appearing this morning in the New York Times. 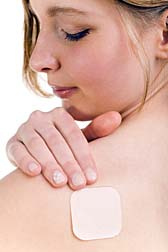 The Ortho-Evra contraceptive patch was approved by the FDA in 2001 and appeared on the market the following year. Unlike oral contraceptives, which must be taken daily and with some degree of routine, 'The Patch' as some like to call it needs only be applied once per week, for three weeks. No patch is worn for the fourth week, which encompasses a woman's regular menstrual cycle, at which point the regime begins anew.

Women embraced the convenience, and sales climbed to 9.9 million by 2004. However, the following year proved a watershed for users of the Ortho-Evra patch, after an investigation by the Associated Press revealed a risk and propensity for developing blood clots amongst users of the patch.

That's because it was found that the Ortho-Evra transdermal patch carries the potential for exposing women to as much as 60 percent more estrogen, than that acquired by swallowing an oral contraceptive. Specifically, average concentrations of estrogen at steady state revealed levels that were 60 percent higher than women on the Pill. A post-marketing study conducted in the Netherlands on 2005 also suggested that peak concentrations of estrogen were actually found to be 25 percent lower with the Ortho-Evra patch. However, a significantly higher concentration of estrogen at 'steady state' appears to mitigate the potential advantage of lower peak levels.

Ortho-Evra manufacturer Ortho Women's Health and Urology, a company under the Johnson&Johnson umbrella, responded in the New York Times this morning that in its view the Ortho-Evra patch is "a safe and effective hormonal birth control option when used according to its labeling."

However, Public Citizen disagrees and maintains that the Ortho-Evra patch offers no extra benefit, and no better contraception than oral alternatives—and therefore the return is not worth the significant risk.

That risk, it appears, was known even before the product won FDA approval in 2001. When post-marketing studies and various investigations revealed the estrogen concern in 2005, the FDA mandated an update to the product label with respect to the risk for blood clots. There was a further update in 2006, and a third earlier this year.

However, in the process of discovery for various lawsuits launched against the manufacturer it's been revealed that two studies pointing to higher estrogen levels relative to the contraceptive patch were to known to Johnson&Johnson even before the product won approval. The manufacturer's own researchers, it is alleged, were aware of the risks but kept mum. The reports went unpublished.

More News
Public Citizen's Dr. Wolfe, in his statement to the FDA, makes the point that the Ortho-Evra patch should come off the market gradually, lest a rapid evacuation of the product from store shelves result in a spate of unwanted pregnancies.

However, make no mistake. He wants the Ortho-Evra patch OFF the market. Public Citizen, the consumer advocacy group founded by renowned crusader Ralph Nader, thinks it's dangerous and wants it gone.

Sales for the Ortho-Evra patch have spiraled downward to 2.7 million prescriptions last year, from a peak of 9.9 million in 2004. Women who have been harmed, allegedly at the hands of the Ortho-Evra contraceptive patch have filed hundreds of lawsuits against the manufacturer.

There have been several deaths, some as young as 17...