A group of doctors in Tennessee has decided to stop prescribing the Ortho Evra patch to patients over concerns that the device could increase their risk of blood clots or other problems. In a letter to their patients, the doctors cited a study which showed that women who use the Ortho Evra patch are at an increased risk of deep vein thrombosis, a type of blood clot in the leg which can lead to a heart attack or stroke.

Concerns about the potential side effects of Ortho Evra have risen steadily in the five years since the patch came on the market. In July 2005, one study revealed that women using Ortho Evra patch are three times more likely to experience blood clots than women who use birth control pills. 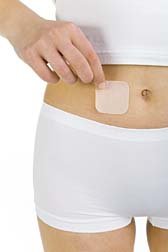 Despite these warnings, at least 23 women died as a result of side effects they suffered while using the Patch, and at least 17 of these deaths were the result of blood clots. Hundreds more women have suffered blood clots, heart attacks, pulmonary embolisms or strokes after using the patch.

The reason that the risk of blood clots and other side effects is so much higher in the Ortho Evra Patch compared with the pill has to do with the way the two products release hormones into the body. Both work by releasing a combination of estrogen and progestin into the blood stream in order to prevent ovulation. But because the hormones in the Ortho Evra patch pass directly into the blood stream, women using the device receive a 60% higher dose of estrogen that users of the pill. Because estrogen can cause blood to clot, this places users in danger of suffering serious and potentially deadly Ortho Evra side effects.

More News
Studies indicate that health officials received at least 9,000 reports of side effects among Ortho Evra users during the first year and a half that the device was on the market. Over a six year period, officials received only about 1,300 adverse reports from users of birth control pills. Based on these statistics, the rate of Ortho Evra side effects was more than 27 times greater than that experienced by users of the pill.

Despite evidence linking the Ortho Evra patch to cases of blood clots, heart attack, pulmonary embolism, stroke and even death, neither the FDA nor its manufacturer, Ortho-McNeil, have called for an Ortho Evra recall. Regardless, many women who were injured after using the patch have filed Ortho Evra lawsuits against the company, alleging that it failed to warn them about the dangers they faced from using the Patch.