Ortho Evra Patch: Silence Is Not the Answer

Currently, more than 3,000 women and their families in the United States are suing Johnson and Johnson, the makers of the Ortho Evra birth control patch, because they have suffered life threatening adverse health effects such as blood clots, heart attacks, and stroke, as a result of using this controversial form of birth control. Some 40 women have died while using it.

Lawsuits provide an important method for ordinary people to police corporate behavior. It is arguably the only tool they have, and as such needs to remain intact. However, there is a move afoot in the courts at the moment, for corporations to seek protection from lawsuits, through something called pre-emption. 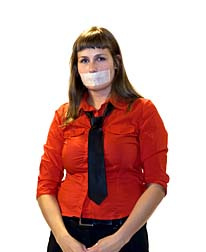 Federal pre-emption is a legal argument that claims that if a product is deemed safe and has subsequently been approved by an appropriate regulatory agency, such as the Federal Food and Drug Administration (FDA), then the safety of that product cannot be called into question in individual lawsuits.

Johnson and Johnson is arguing the pre-emption case in court, stating that women cannot in fact sue them because the Ortho Evra patch and the labeling for the patch were approved by the FDA: the FDA shouldn't have its expert judgment called into question by courts that have no expertise in drug review and approval. And, if the FDA approves a drug, all subsequent liability to the manufacturer should be forgiven.

Ortho Evra, approved in 2002 by the FDA, was marketed as the most convenient form of birth control available. However, By November 2005 the FDA had received more than 20 reports of women suffering serious adverse events related to the patch. Additionally, a study was published that showed that women using the patch had approximately double the risk for developing blood clots, heart attacks and stroke, compared with women taking the oral birth control pill.

More News
This fact, it turns out, was likely known to Johnson and Johnson prior to the patch being approved. A study done in 1999 showed that the patch delivered higher amounts of estrogen into the bloodstream than normal- something in the region of 60 percent more estrogen. The company had an in-house expert apply a mathematical equation or 'correction factor' to lower that percentage. And, the experts argued, this difference was due to the way estrogen is metabolized when applied via the skin as compared with oral administration. Nevertheless, physicians would not have been aware of the correction factor, as it was only mentioned once in a 435-page report Johnson and Johnson submitted to the FDA.

In 2005, the FDA made changes to the labeling for the Ortho Evra birth control patch, warning of the increased risk for thromboembolic events. However, they still maintain that the patch is safe.

It is worth bearing in mind, at this point, that the director of the FDA, Andrew C. von Eschenbach, M.D, spoke publicly on February 29, 2008 to the National Press Club, where he noted that the "FDA of the 20th century is not adequate to regulate the food and drugs of the 21st century."

So, if the FDA is not in a position to police its own membership, and the membership does not police itself, surely it's down to the public, and the lawyers that represent them, to ensure accountability.