Brenda S. started using the Ortho Evra patch in March 2005 and she had an aneurysm in January 2007. Now she wants to know how the manufacturer--Johnson and Johnson subsidiary Ortho McNeil-- can say that Ortho Evra's benefits outweigh the dangers? "Why would anything be marketed that could possibly be a risk to someone's health, or even kill them," says Brenda, "and where is the FDA? 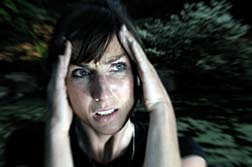 Before her aneurysm occurred, Brenda was in perfect health. She was fit and exercised regularly and had no blood pressure problems. "This came right out of the blue," she says. " The doctor said because I was so healthy, that probably saved my life. I was 47 at the time and turned 48 while I was in a coma…

"I started having headaches for about 2 months, every day. I thought it was because I had carbon monoxide in my house so I bought a detector but that wasn't the cause. The day my aneurysm happened I was with my fiancé. I don't remember anything: he said I held my head and screamed, fell on the floor and started convulsing. He called 911 and I woke up in the hospital--three months later.

When I asked what happened to me, the doctor told me never to use the patch again. I don't remember if he explained anything or not (and I'm still not able to retain much) but at that point I was just happy to be alive.

My family told me what happened and I got pieces of information from doctors. The first time I saw myself I looked like hell--I looked like a 90-year-old lady and very skinny. And they shaved half of my hair off to insert a shunt. My kids told me that I was sedated all the time; I wasn't talking in the beginning because I had a tracheotomy; I also had no mobility. It was like a stroke: even today, my right side is still completely numb. I also had 3 life- threatening infections while I was in the hospital, another reason why my recovery took so long.

When I finally got home, I had people staying with me 24/7 for the first few weeks. I had a walker at first and fell numerous times, smack down on my head every single time because I couldn't put my hands out to save myself in time. Then I went through several months of physical therapy.

I went back to work but it took a long time to get back into the swing of things; I did a lot of public speaking with my job and it came naturally to me but now I find it difficult: sometimes I am at a loss for words and have memory issues.

More ORTHO EVRA News
I am hearing so many stories about people who have suffered aneurysms and only one-third survive so I am very much a survivor. As well, I am on Facebook's aneurysm survivor's group and there seems to be a lot of young women in my group; it would be very interesting to ask them if they used the Patch…

But I do have a happy ending: My fiancé proposed to me while I was in rehab; he was there for me. If it wasn't for him, I would have died."

Here is some information about aneurysms from the HealthLink website:

"Brain aneurysms can occur in anyone, at any age. They are more common in adults than in children and slightly more common in women than in men…Some investigators have speculated that oral contraceptives may increase the risk of developing aneurysms."