Hundreds of women who were seriously injured by the Ortho Evra birth control patch have filed lawsuits alleging the patch's makers are responsible for their pain. Many of the women suffered strokes and blood clots after using the patch for short time spans.

At least two women died from blood clots that developed after using the patch. In most cases, the women were healthy prior to using the patch with no known factors that would have heightened their risk of developing blood clots or other serious disorders. 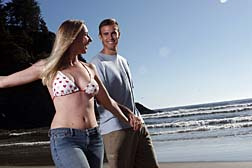 Some of the women who filed lawsuits claim that the Patch has not been properly tested for serious side effects and they include the credibility of a chief researcher after it was learned that he faked data in earlier scientific studies that he conducted on other products. According to the New York Post, "Dr. Andrew Friedman admitted to fabricating 80 percent of patient data and altering files in three studies of hormonal drugs for women." Although Friedman was not involved in the clinical trials for the Ortho Evra patch he later became part of the research team on the device's links to blood clots.

So far, hundreds of lawsuits have been filed regarding the patch. Since it has yet to be recalled it is likely that many more lawsuits will be filed in the future. Here is a history of some of the lawsuits filed so far.

Problems with the Ortho Evra birth control patch became public after the death of an 18-year-old college student who collapsed on a subway platform. The young woman died an hour later and her death was attributed to a pulmonary embolism caused by the Ortho Evra patch. Since then, hundreds of lawsuits have been filed against Ortho-McNeil and its parent company, Johnson & Johnson, alleging the companies are responsible for the death and injuries of birth control patch users.

If you have been seriously injured after using the Ortho Evra birth control patch, contact a lawyer to discuss your options.

More lawsuits will likely be filed against Ortho-McNeil. Check back with Lawyers and Settlements for updates on this story.