I would like the opportunity to ask these questions to the manufacturer of the Ortho Evra Patch: Why did you target such a young market, saying it was so convenient, that you don't have to worry about taking a pill every day... look at the worries you have created," says Katie, age 20.

Katie was only on the Ortho Evra Patch for 10 months when she developed superficial deep vein thrombosis, and if that isn't bad enough, Katie is worried sick that she may be infertile. 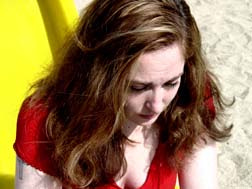 "My doctor prescribed the Patch in October, 2005 as a method of birth control and I thought it was great for the first 10 months," says Katie. "I began to have severe leg pain so I went to my doctor: I was shocked to be diagnosed with superficial deep vein thrombosis. He told me to take off the patch right away and if I stayed on it, it would be against doctor's orders. He was worried.

For the next two months I had to take heparin and other blood thinners. I had to stay home and rest for a week and wore something like a leg brace to keep the blood circulating. Although I no longer take blood thinners other than aspirin, the pain in my leg is still there. My doctor told me to keep taking a few aspirins each day in perpetuity.

Since this happened, I have only had two periods and I am only 20 years old. I am pretty worried. I don't know if the Patch started something—some hormonal unbalance—but I should probably talk to a specialist about it.

More News
My doctor says that if I want to get back on birth control, I have to take something really light with the minimum amount of estrogen. But I am afraid of taking any form of oral contraceptive. Also to try and get my period started, I need a high dose of progesterone: I took it six months ago and it jump-started my period but now I am back to the same place—no period. I am worried that I might be infertile. It is really scary; I have never had a health issue before this and I know the Patch has caused these problems.

But after discovering what happened to many other young women who wore the Patch, I am very fortunate. I was also really surprised when I went into planned parenthood a few months ago and they actually had an advertisement on the wall of their waiting room for the Ortho Evra Patch. I have a few more questions for the drug maker: Why is the Ortho Evra Patch still on the market? Why didn't you do more testing? And what are the profits worth if you lose in people and lawsuits?"

Posted by
Nalafeina
on July 5, 2012
I was prescribed Ortho Evra following the birth of my son in March 2003. In March 2004 we decided to try for another baby. We stopped using the patch, but I didn't get my period for a long time after that, it was quite a few months. We have now been trying to conceive for 8 years and 5 months. Following my use of Ortho Evra, I have a hormonal disorder that has left me infertile. I was perfectly fine until Ortho Evra. I am very upset, and it's been heartbreaking knowing that I had perfect cycles and got pregnant after just 2 months with my son, but now it's taken of 8 years to have another. I have not ovulated in 8 YEARS!