She was just 18 when the Ortho Evra patch claimed her life. A student, studying for a career in fashion. After she collapsed in a Manhattan subway in April 2005 and subsequently died, an autopsy revealed that a blood clot had formed and moved into the young lady's lung.

The medical examiner ruled that the clot emerged as a side effect of the Ortho Evra birth control patch the girl had been using. 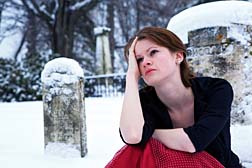 She was the first of what has become a spate of fatalities, the very young among them. According to reports received by the US Food and Drug Administration (FDA), several Ortho Evra users have suffered fatal heart attacks, blood clots and possible strokes since August of 2002. Many of these incidents have involved people, incredibly, as young as 17.

However no recall, either voluntary or mandated has been issued, and the Ortho Evra patch manufacturer, Ortho-McNeil, continues to actively market the product, known as 'The Patch' in some circles. Critics of Ortho-McNeil, a division of Johnson&Johnson, suggest that this continued marketing—some say aggressive marketing—of the Ortho Evra patch is an act of defiance in the face of mounting evidence that demonstrates a significantly higher risk for blood clots, stroke and heart attack than with the use of oral contraceptives.

It has been reported that doctors are alarmed at the number of fatalities.

About four million women have used the Ortho Evra patch since it was first introduced in 2002 as an alternative to The Pill. It was three years later, on November 10, 2005 that the first red flags were raised concerning the potential for blood clots, and the first warnings issued.

Those warnings revealed that women who used the convenient, once-a-week Ortho Evra patch were exposed to 60 percent more estrogen than those taking the oral birth control pill, which carries a controlled 35 micrograms of estrogen exposure.

Specifically, a post-marketing study of Ortho Evra conducted in the Netherlands in 2005 reported that while Ortho Evra users demonstrated peak concentrations of estrogen at levels 25 percent lower than women using the Pill, average concentrations of estrogen at steady state revealed levels that were 60 percent higher than women taking an oral contraceptive.

The manufacturer has been accused of withholding data from the FDA, and marketing the Ortho Evra patch with full knowledge of the product's potentially damaging effects. Ortho-McNeil denies any wrongdoing and insists that it has, and continues to be totally transparent with the FDA, as well as the general public concerning the safety and efficacy of the Ortho Evra patch. Indeed, the Ortho Evra website lists a host of safety information about the product, including all risks.

More News
The fact remains, however, that a product which has generated thousands upon thousands of adverse reaction reports, and has resulted in several deaths since the product came on the market just a few short years ago, has been allowed to remain. While label information has been updated as new data became available (such as the 2005 revelations about estrogen levels), the FDA has allowed the marketing of the product to continue, and the manufacturer continues to promote the Ortho Evra patch in spite of a flurry of lawsuits and an intensifying media spotlight.

Critics have labeled the Ortho Evra patch as a dangerous product that should be recalled.

It is generally the policy of the FDA that it will allow a product to be available if the benefits outweigh the risks. However, in this case the benefits, some might argue, appear to fall under the heading of convenience, whereas the risks appear to be substantial. One might argue, therefore, do the benefits truly outweigh those risks? And how many more women will roll the dice and lose?

Many have already lost. Others have been harmed. Those who are taking legal action against the manufacturer are confident they will win this time...