EMA to Examine Alli Side Effects

The European Medicines Agency (EMA) has announced it is reviewing information regarding Alli side effects following reports of Alli liver damage. The agency is concerned about serious cases of orlistat side effects, which reportedly include severe liver injury. The US Food and Drug Administration has also received reports about serious Alli side effects. 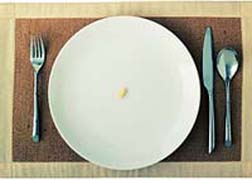 "The risk of liver reactions with orlistat is well known and had been kept under close review by the Agency's Committee for Medicinal Products for Human Use (CHMP) since the initial marketing authorization of these medicines," a news release from the EMA stated (22/09/11). The EMA further noted that between August 2009 and January 2011, 21 suspected cases of liver injury were reported linked to 120 mg of orlistat. Of those, four included severe liver toxicity. Of those four, one person died and one required liver transplantation.

Meanwhile, from 1997 to early 2011, the EMA received reports of 21 cases of suspected serious liver toxicity linked to orlistat. In some of those cases, however, the EMA notes that there are also alternative explanations for the liver injury.

More ALLI ORLISTAT LIVER DAMAGE News
Furthermore, between May 2007 and January 2011, the EMA received nine reports of suspected liver injury linked to orlistat 60 mg, although the EMA notes that in some of those cases there could have been other explanations for the liver injury.

"The Committee is now reviewing all relevant data on the risk of hepatotoxicity [liver damage] of orlistat-containing medicines and will issue an opinion on whether or not the marketing authorisations for these medicines should be revoked, suspended or changed," the EMA announced.

In 2009, the US Food and Drug Administration (FDA) announced it was reviewing safety information regarding orlistat. When it made the announcement, the FDA noted that from 1999 through fall of 2008, the FDA received 32 reports of serious liver injury, including six cases of liver failure, in patients using orlistat. The agency noted, however, that 30 of those reports occurred outside the US. Of the 32 reported cases, 27 required hospitalization.