Weight Loss Drug Included in Programs despite Alli Side Effects

A combination of weight loss programs that focus on behavioral changes and medications have been found by a review to help people shed pounds, despite the Alli side effects, according to HealthDay News. 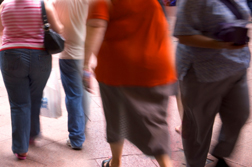 The review was released by the Kaiser Permanente Center for Health Research after a series of trials and was published in the October 4 issue of the Annals of Internal Medicine, the news source reported.

"We found behaviorally based weight loss programs are generally effective for weight loss," Dr. Erin LeBlanc, an investigator for the study, told the news source.

LeBlanc didn't outline the exact program that was used, as she and her team of researchers were asked to conduct a study by the US Preventative Services Task Force (USPSTF). This federal panel routinely issues guidelines on various medical issues.

The team focused primarily on the effectiveness of weight loss interventions. In 2003, the USPSTF recommended that doctors screen all adults for obesity and offer behavioral interventions for individuals who were found to be in that category, according to the news source.

The USPSTF had to update its recommendations, so it hired LeBlanc's group to conduct the study. Researchers reviewed a total of 58 published trials that involved overweight adults in order to collect the data.

Certain individuals were given a behavioral plan only, while others were given this strategy in combination with medication.

More ALLI ORLISTAT LIVER DAMAGE News
The results showed that the combination of the behavioral program and drugs like Alli led to more weight loss than just the treatment that relied on the change in lifestyle, according to the news source.

The FDA revised the warning label for the drug in 2010, alerting its users that there was an alleged chance for liver injury that they had determined to be severe.

"Our evidence says that the benefits of weight loss drugs have to be weighed against the risks," LeBlanc told the news source of the alleged risks.

Reuters reported that the price of GlaxoSmithKline's stock, the maker of the medication, could drop due to the modest interest and worries that are surrounding Alli. The potential for liver injury also raises the potential for legal issues in the future for the company.