GlaxoSmithKline Plc is trying to sell its remaining over-the-counter medicine brands as quickly as possible, due to the ongoing issues with Alli side effects and other medications, according to Bloomberg. 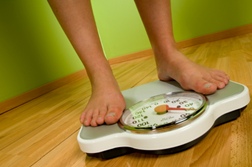 The news outlet reported that the company's chief financial officer noted that they are continuing the process of divesting other brands still owned by the firm.

Simon Dingemans noted that Prestige Brands Holdings Inc., the maker of Comet cleanser and Murine eye solutions, last month agreed to buy 17 over-the-counter brands from Glaxo for $660 million, but the drugmaker is looking to sell other brands still owned by the company, including the Alli diet pill.

"We are keen to move the process along as quickly as we can," he said in an interview yesterday at the J.P. Morgan Healthcare Conference in San Francisco. "We are engaged in discussions with a number of different parties."

Dingemans would not elaborate on potential buyers of the company's other brands, and declined to give a time frame for possible transactions that would occur. The leftover brands had reported sales of $618 million last year, according to a statement from Glaxo on December 20.

"We decided to move on the U.S. piece first because it offered attractive values," Dingemans told the news source. The company then wanted to "explore the other pieces one by one."

According to the news outlet, Glaxo is very happy with the current relationship with Human Genome Sciences Inc., its US partner on the Benlysta lupus treatment, as Dingemans noted that rumors concerning his company's potential acquisition of the firm would not affect their dealings in the near future.

The National Library of Medicine noted that Alli side effects include nausea, vomiting, loss of appetite, pain in the stomach and yellowing of the skin or eyes, and individuals affected in these ways should call a doctor immediately.