Contractor Not to Blame for Veterans’ Health Problems

In a controversial ruling, a US District Court judge in Maryland has ruled US Veterans and their families cannot sue KBR contracting for exposing American soldiers to plumes of toxic smoke that emanated from burn pits used to dispose of trash near US military bases in Afghanistan and Iraq. 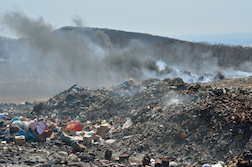 The decision to dismiss the lawsuit against KBR is a blow to 700 American veterans and their families that claim they have suffered health and respiratory problems as well as neurological problems and cancers as a result of working at the burn pits and/or living in nearby military quarters.

Judge Robert W. Titus ruled that the contractor was operating under the control of the US military and therefore KBR could not be held accountable. In his decision Titus wrote he had “no doubt “many of (plaintiffs) have been harmed, at least, to some extent by the use of open burn pits or by the water they drank in Iraq or Afghanistan.”

However, he determined, that the burn pits were operated as a result of a decision by the US military and not KBR.

The decision has brought condemnation from veterans.

US veteran Christopher Meyer from Sugarland, Texas wrote on his Facebook page on August 4, 2017, “I am not happy about the federal court decision dismissing the Iraq Afghanistan Burn Pit suit. In Iraq, I remember driving back to the FOB from the CP (countless times) and seeing black smoke from the burn pits literally blowing over onto the FOB. KBR employees admitted to me it was too close. We talked about this at many meetings. We asked them if there was anything they could do to push the burn pits further away. We were told that KBR didn't want to risk getting the burn pit too close to a nearby village.”

More BURN PIT News
KBR, a former subsidiary of Halliburton, was contracted to operate open burn pits to dispose of all kinds of waste material including electronics, body parts, clothing, organic materials or anything else that is subject to disposal. Members of the military were assigned to work at the burn pits and smoke from the burn pits often reached areas where living quarters were located.

The Maryland litigation is a consolidation of some 40 class action lawsuits and more than 60 complaints brought by individuals. Susan Burke, Law of Offices of Susan L. Burke, the attorney representing the veterans told LAS in a statement, “We have appealed the decision. We look forward to having the Court of Appeals for the Fourth Circuit review the decision, as we believe the District Court erred as a matter of law.”

KBR has said in the past that it is not the appropriate target for litigation by veterans with respect to burn pit issues. “Plaintiffs should pursue their claims through the military and legislative process, not through the judiciary,” Andrew Farley, Executive Vice President and General Counsel said in February, 2013.