Oklahoma SSDI Statistics: Apply with an Attorney at Your Side

Given that the number of people who apply for social security benefits and are initially denied is increasing, it makes sense to have an experienced SSDI attorney help with your application. More than 60 percent of Oklahoma residents who apply for Oklahoma SSDI are denied benefits at the first stage of the application process. 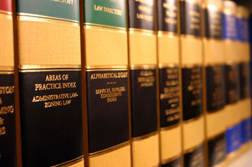 And taking into consideration the following alarming statistics (Chicago Tribune [October 2011]), it may get tougher to be awarded benefits, which is all the more reason to have an attorney on your side.
• At the current growth rate, the SSDI trust fund, which pays for benefits, won't have enough money to meet its obligations in 2018.

• In September 2011, SSDI paid nearly 8.5 million workers an average of $1,070 per month, an increase of nearly 20 percent from 7.1 million workers when the recession began in December 2007. There were about 3 million recipients in September 1990.

• About 50 percent of all applicants eventually get accepted into the program, and less than 1 percent ever return to work.

• In 2010, more than 50 percent of applicants cited back pain or mental problems as their disabling injury, up from 26 percent of in 1965. Both conditions are among the hardest to evaluate medically.

According to the Social Security Board of Trustees (May 11, 2011), during 2010, an estimated 157 million people had earnings covered by Social Security and paid payroll taxes. However, the combined assets of the Old-Age and Survivors Insurance, and Disability Insurance (OASDI) Trust Funds will be exhausted in 2036, one year sooner than projected last year.

Statistically, applicants who have an experienced SSDI Oklahoma attorney help them appeal the Social Security Administration's decision to deny benefits (Request for Reconsideration) win more often than those people who go it alone.