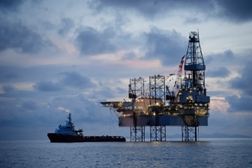 According to the Anchorage Daily News, the accident occurred at the Kuparuk oil field, and Doyon Drilling Inc. told regulators that the drilling mud spilled onto nearby tundra as well as in the secondary equipment of the rig.

The mud has reportedly been shoveled off of the tundra and piled up to be disposed of, according to the Alaska Department of Environmental Conservation (DEC). According to the Fairbanks Daily News-Miner, brooms and hand shovels were used to clean the mud spill. The DEC added that it will send someone to examine the spill and monitor the cleanup process.

The accident reportedly occurred around 12:30 pm after a gas kick pushed the mud from a well being developed at one of Kuparuk's satellites, the Tarn oil field. Conoco Phillips, which runs the Kuparuk field, alerted state regulators of the accident approximately an hour and a half after it occurred.

The DEC said that the well has been turned off, according to the news provider.

If you or a loved one have suffered losses in this case, please click the link below and your complaint will be sent to an environmental lawyer who may evaluate your Oil and Gas Accidents claim at no cost or obligation.
Request Legal Help Now