Officials with Tennessee Gas Pipeline must have been relieved that an oil and gas explosion from a pipeline happened in rural country and there were no injuries. However, would the situation have been any less severe had it occurred in the midst of a congested residential setting? 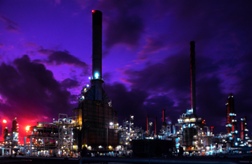 According to CNN, the massive explosion occurred about 50 miles northwest of Pittsburgh in Columbiana County. Flames were reported to have reached 200 feet into the air following the explosion, lighting up the night sky and causing brush fires.

There was no initial cause or suspicion as to what may have triggered the pipeline to explode. The oil and gas accident happened late in the evening of February 10, and officials with Tennessee Gas managed to close off the pipelines by around midnight, allowing the extinguishment of brush fires and a return of evacuees to their rural properties.

A statement from Jim Hoppel, president of the Columbiana County Commission, revealed no additional detail.

More OIL AND GAS ACCIDENTS News
While it is not known what caused this particular oil and gas explosion, such pipelines passing through intensified residential neighborhoods are always a concern with regard to the accidental breaching of a line due to construction.

In the mid-sized Canadian city of Peterborough, Ontario, the breach of a main natural gas pipeline during road construction sent highly pressurized natural gas into the atmosphere for nearly an entire day. The accident, in the fall of last year, occurred in the city's west end and required the evacuation of area homes. Students were confined to their classrooms in nearby schools. Weather forecasters note that a sustained wind moved the escaping gas out of the immediate area and prevented what could have been a recipe for a catastrophic explosion from a concentrated buildup of gas seeking a spark.

The oil and gas explosion in Eastern Ohio lit up the night sky for some 40 miles.