When it comes to Ohio overtime and wage violations, one can be forgiven for thinking that the majority of culprits are businesses looking to save a dollar or two by not properly paying their employees. But as a recent Ohio overtime lawsuit recently in the news shows, even governments can get the law wrong. Meanwhile, Major League Baseball faces a lawsuit alleging it doesn’t properly pay its minor league players. 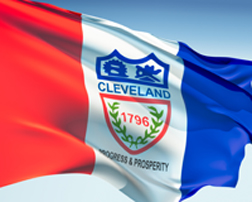 The City of Cleveland recently agreed to settle a lawsuit alleging thousands of city employees were not properly paid for their shifts. The settlement will see the city pay $2.2 million to employees, who alleged the city illegally rounded their shift starting and stopping times, in violation of the Ohio Minimum Fair Wage Standards Act and the federal Fair Labor Standards Act.

According to the lawsuit, the city rounded the start and end of shifts against employees, so they would not be paid for time worked if they started early or ended late. The policy was reportedly in place since 1991, but according to the Plain Dealer (6/29/14), the city received a warning about the practice from the US Department of Labor in 1994.

While the Cleveland lawsuit is winding down, a class-action lawsuit against Major League Baseball is gearing up. Although many major league players are generally thought of as having at least reasonable salaries - if not outrageously high - minor leaguers say their wages are so low they violate federal law, forcing some players to live in poverty.

More OHIO EMPLOYMENT LAW News
The lawsuit (Senne et al v Office of the Commissioner of Baseball, et al, case number 3:14-cv-00608-JCS) alleges that Major League Baseball’s exemption from antitrust laws allows it to “openly collude on the working conditions for the development of its chief commodity: young baseball players.” As compared with their major league counterparts, who are paid a minimum of $500,000 per season according to court documents, minor leaguers have not been able to unionize, and the result is that many of them allegedly earn between $3,000 and $7,500 for an entire year.

The lawsuit alleges the players work more than 50 hours a week, receive no overtime pay, and during the championship season, when the hours are longer, receive less than minimum wage. Furthermore, according to the lawsuit, during some periods such as spring training, the players earn no pay.

Posted by
Pnt
on July 27, 2014
I worked for a government agency where my pay was froze for almost 18 years (no legitimate good reason) so yes, it is possible for government entities to make "errors" in compensation and employment law.
Posted by
edgar gillham
on July 27, 2014
After whistle blowing I was constantly harassed so I decided to leave the business of chief engineer designing electronic countermeasures for USA and allied aircraft, I relocated to Oklahoma and started searching for a ranch. after only a month I got a phone call from Varian in Palo alto, they had exhausted 3 1/2 years trying to build a microwave amplifier for the ALQ-131 countermeasure pod. With only 6 months to go they wanted someone to blame the failure on so they moved me back to Palo Alto ca and gave me complete control over the program. I saw it was impossible to complete q 4 year program in only six months where the best engineers in the business had failed in 3 1/2 years so I immediately realized I would have to work around the clock 7 days a week. I did exactly that, the program was a huge success. As a senior engineer I was in a position usually held by a staff scientist. I was never compensated for the 80 to 90 hour work weeks and in fact was fired a month after taking the amplifier to Westinghouse aero space center in Baltimore for flight testing. It was a great success and exceeded every expectation by the customer. In the 30 successive years not a single USA or ally aircraft has been lost in battle that was so equipped and mean time between failure has been more than 6 times longer than typical. I remain unemployed 28 years later. I have no real evidence as to why such outstanding work had brought such dismal rewards but rumor has it that i was covertly accused of being gay. absolutely not true, wife and I will celebrate our 61st anniversary this October.