An Ohio Employment lawsuit filed last year has been settled with an agreement by the defendant, El Rancho Grande, to pay back wages to 171 employees. El Rancho Grande is a regional chain of Mexican restaurants with about a dozen locations scattered across Southwest Ohio. 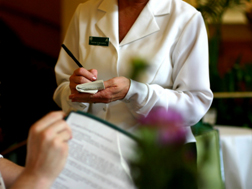 According to the Dayton Daily News (10/4/13), the lawsuit was launched by the US Department of Labor (DOL) after employees at El Rancho Grande locations in Vandalia and Cincinnati complained that they were not paid overtime. An investigation by the DOL also found that some employees were not paid minimum wage according to Ohio Labor Laws and federal statutes under the Fair Labor Standards Act (FLSA).

A spokesperson for the chain noted that El Rancho Grande provided all time sheets and other pertinent documents to DOL investigators and refuted the allegations, but agreed to settle in an effort to mitigate escalating legal costs.

While the negotiated Ohio Labor and Employment Law settlement did not require El Rancho Grande to admit to any wrongdoing, the enterprise has found itself in hot water before. In 2002, employees at an El Rancho Grande location complained of wage infractions. A similar investigation by the DOL at the time resulted in a lawsuit alleging violations to Ohio Employee rights.

However, unlike the infraction of 2002 that involved one restaurant, the most recent violation of Ohio Employment Law covers three locations and more employees - 171, to be exact. And the negotiated settlement of $58,000 is much less than the $285,000 alleged to have been denied workers in the original lawsuit filed in September 2012.

More OHIO EMPLOYMENT LAW News
To that end, the settlement in monetary terms is more than $200,000 less than originally alleged. The Ohio employment labor law settlement, as negotiated, will see monetary awards for affected employees ranging from $25 to $2,350, according to the report. El Rancho Grande appears to be thriving. The Dayton Daily News reports that the chain is expanding, with a new location about to open and another due in 2014. While El Rancho Grande refuted the allegations made by the DOL in its lawsuit and was not required to admit to any of the allegations articulated in the lawsuit, other employers have been known to cut costs by way of playing fast and loose with Ohio Employee rights. Common ploys include misclassifying employees as management and thus exempt from qualifying for overtime, or paying an employee minimum wage - only to have that effective wage drop below mandated minimums when extra hours are worked and not paid.

The Ohio Employment settlement was filed in late September at US District Court for the Southern District of Ohio.