When an Ohio-based restaurant owner paid his non-exempt workers a flat weekly salary without taking into consideration the number of hours those workers would be toiling, he landed himself in hot water with Ohio Labor Laws and federal labor statutes. That’s because in many cases, according to an investigation, once total hours of work were factored in, many employees were paid less than prevailing minimum wage guidelines. 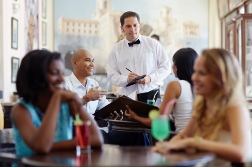 According to a release issued by the Labor Department (1/7/13), Azteca Restaurante Mexicano, located in Akron, was investigated for violations under the Fair Labor Standards Act (FLSA). The US Department of Labor’s Wage and Hour Division undertook the investigation into the alleged violations against FLSA statutes and Ohio Labor and Employment Law.

The investigation found that non-exempt workers such as bussers, cooks and dishwashers were paid a flat weekly salary, rather than an hourly wage. However, it was found that inadequate records were kept and there was little, if any, provision for tracking or determining the actual number of hours the employees had been working.

Following an Ohio Employment investigation, it was found the combination of a flat, weekly salary and long hours dropped many an employee’s average hourly rate to well below the prevailing minimum wage under FLSA guidelines. There was also no overtime paid for hours worked beyond 40 hours in a week, in accordance with FLSA and Ohio Employment guidelines.

More OHIO EMPLOYMENT LAW News
“Some of these employees were paid as little as $350 a week for 60 hours of labor,” said George Victory, director of the Wage and Hour Division’s Columbus Area Office. “We are committed to protecting the many vulnerable workers employed in the restaurant industry and will vigorously pursue violators to ensure compliance with the law. This case should send a clear message to other employers that they should take steps to ensure that they are paying their employees properly.”

As a result of the investigation, Azteca Restaurante Mexicano Inc. is required to pay 18 employees a total of $45,781 in back wages and liquidated damages for the Ohio State Employment violations. It was also reported that Azteca was assessed $9,450 in civil penalties stemming from a previous investigation of the full-service restaurant and bar in the bustling city of Akron.

It was reported that the restaurant also failed to keep accurate pay and work records, which is a further violation of federal statutes and Ohio Employee rights.