What appears to be a complicated Ohio Employment lawsuit is moving forward with the granting of class certification status for litigation initiated on behalf of Mortgage Loan Officers (MLOs) employed in the state of Ohio and, specifically, by Fifth Third Bank. The issue is overtime and exemption status. 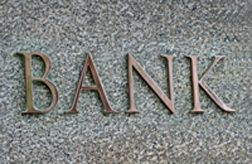 According to various sources, MLOs were considered exempt from overtime stemming from a ruling handed down in 2006 by the US Department of Labor (DOL). Under those guidelines, banks and financial institutions paid their MLOs on the basis of draw plus commission, but no overtime would be paid.

In March 2010, the DOL reconsidered the issue and reversed its 2006 position, suddenly making MOLs eligible for overtime pay. That reversal led the Mortgage Banker’s Association (MBA) to sue the Department of Labor, on January 12, 2011, over the DOL’s revised position, in view of the expected increase in labor costs and an assumption of litigation by MLOs to pursue lost wages and unpaid overtime.

To that end, a lawsuit seeking class-action status wasn’t long in coming, filed a month later on February 11, 2011. The complaint, naming Fifth Third Bank as the defendant, was filed in the Southern District of Ohio, making it a lawsuit involving Ohio labor laws (Swigart v. Fifth Third Bank, No. 11-0088).

According to Class Action Law Monitor (1/31/13), Fifth Third Bank recently moved to change its policy on MLO overtime to reflect its MLOs as non-exempt in accordance with the revised position of the DOL. According to the source, two former employees of Fifth Third Bank who formerly worked as MLOs serve as the lead plaintiffs, with the proposed class consisting of about 350 MLOs employed by Fifth Third Bank in Ohio. Class participants are eligible if they worked at Fifth Third as an MLO from February 11, 2008 to January 3, 2011, according to the legal firm representing the plaintiffs.

More OHIO EMPLOYMENT LAW News
The original motion for class certification in the Ohio State Employment lawsuit was granted December 28 of last year, with the notice of the Court’s order granting class certification formally issued on January 24 of this year.

It has been reported that trial for the Ohio employment labor law case is scheduled for November 2013.

Pundits have speculated that Fifth Third Bank is only the tip of the iceberg, with an expectation for additional lawsuits as plaintiffs seek back wages and unpaid overtime resulting from the revised DOL position on Ohio employee rights and other employees throughout the country.

Fifth Third Bank has branches in 12 states and employs upwards of 20,000 people across the country. However, the bank maintains headquarters in Cincinnati. Ohio Employment attorneys are observing the progress of this case.