When it comes to dealing with birth control, although the form of contraceptive might change the injuries sustained by women who suffer from side effects tend to be similar. Women who have suffered NuvaRing side effects and side effects from other forms of birth control tend to have complaints about venous thrombolic events (VTEs). NuvaRing lawsuits have been filed, alleging women were harmed by the use of NuvaRing, and that the drugmaker knew about the risk of NuvaRing blood clots but did not adequately warn patients. 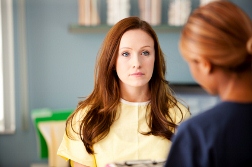 The reason side effects are similar among the various methods of birth control is that the contraceptives in question use synthetic hormones such as estrogen and progestin, which are linked to an increased risk of blood clots. If too much estrogen or progestin is released in the system, the patient has an increased risk of blood clots, which can lead to venous thromboembolism, strokes and, in some cases, death.

More NUVARING BIRTH CONTROL News
NuvaRing is a birth control vaginal ring that was first approved by the FDA in 2001 and marketed in 2002. Lawsuits have been filed alleging Merck did not adequately design and manufacture NuvaRing and that the drugmaker downplayed the risks of venous thromboembolism. Even though oral contraceptives also have a risk of deep vein thrombosis and other blood clots, there is concern that the risks associated with NuvaRing are higher than with older contraceptives.

Women who suffered a stroke, deep vein thrombosis or other blood clots may not have realized that their health problems could be related to their use of the NuvaRing contraceptive. Because there has been no NuvaRing recall, there is no firm date from which the statute of limitations starts running. What this means is that women who suffered a health problem after using NuvaRing, even if it was more than two years ago, may still be able to file a lawsuit if they can show they did not know that the birth control could have caused their injury at the time they were harmed.