While the first wave of the Baby Boomers inches into retirement, the largest segment remains comfortably ensconced in middle age. Perhaps coasting a bit, perhaps taking a bit more time for themselves away from the rat race, but certainly not ready to slow down. Nor are middle-aged women ready to give up sex. But they don't necessarily savor a new baby at middle age, either. Thus the need for effective contraception. NuvaRing Birth Control is the choice of many. 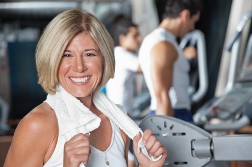 But it is not without risks, including NuvaRing blood clots. That's the case for most third-and-fourth generation contraceptives that rely heavily on synthetic hormones (as opposed to natural) to combat an unwanted pregnancy. Ever since the medicinal contraceptive ('The Pill') was first approved by the US Food and Drug Administration (FDA) in 1960, there has always been a concern over the potential for blood clots. All oral contraceptives carry that risk. However it's a risk thought to be less formidable than an unwanted pregnancy at middle age—a risk for complications that's very real as a woman ages.

As well, the risk for blood clot related to an oral contraceptive can be minimized if a woman abstains from smoking, and other activities that can heighten the risk.

That remains true for NuvaRing side effects as well. However, given the presence of synthetic hormones (etongestrel and ethinyl estradiol), the risk for blood clots amongst those women choosing NuvaRing is even higher, according to various studies which suggest NuvaRing DVT (deep vein thrombosis, or blood clot) can be several times higher than that of an older, more traditional contraceptive.

The Bradenton Herald (7/24/12) reminds middle-aged women that even though fertility declines with age, it's not an impossibility to suddenly find oneself pregnant. That, combined with more people enjoying a healthy and active sex life well into their middle and even senior years, makes effective contraception a viable and important topic.

But it doesn't come without debate. For one, advocates of third and fourth-generation oral contraceptives state that more recent offerings contain much less estrogen than a previous generation of products—10 micrograms today, v. 150 micrograms. Thus, it is safe.

Or is it? Is the benefit of lower doses of estrogen cancelled out by the use of synthetic estrogen such as the ethinyl estradiol (estrogen) found in NuvaRing? What happens when ethinyl estradiol is combined with etongestrel (a progestin)?

Back in the day health experts used to advocate that women over the age of 35 should avoid birth control pills (with the higher estrogen counts) due to the risk for blood clots. However, even though estrogen levels have diminished, is the benefit offset by use of synthetics? And in the face of various studies suggesting NuvaRing dangers are very real in spite of lower estrogen levels, do middle-aged women have a reason to worry?

More NUVARING BIRTH CONTROL News
There is also the worry over potential NuvaRing heart attack, according to HealthDay News (6/13/12). Danish researchers scrutinized 15 years of observational data from more than 1.6 million women aged 15 to 49, and found that those taking low-dose estrogen birth control pills combined with various progestins suffered heart attacks and strokes between 1.5 and 2 times more often than women not using hormonal contraception.

That risk allegedly encompasses NuvaRing Birth Control. Thus, while middle-aged women have more choices than ever before, their risks of serious side effects including NuvaRing blood clots could be equally diverse.

As Baby Boomers continue to cavort between the sheets through their middle years into retirement, could the rate of NuvaRing lawsuits grow in kind? Time will tell…