A trial date has now been set for federal NuvaRing lawsuits, which are working their way through the court system. This means plaintiffs will soon see if they have made a strong enough case that NuvaRing side effects, including NuvaRing blood clots, caused serious injury. According to Dr. Shezad Malik, founder of the Dr. Shezad Malik Law Firm, the lawsuits filed against Merck, maker of NuvaRing, allege the contraceptive caused blood clots and other serious health problems. 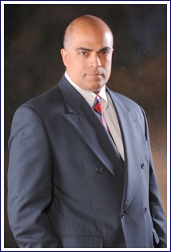 "NuvaRing is a contraceptive device—a birth control device—that, like other contraceptives, contains estrogen and progestin," Malik says. "The progestin is a third-generation progestin. Side effects that have been linked to NuvaRing include blood clots, pulmonary embolism and deep vein thrombosis."

Studies have linked the use of third-generation progestin to an increased risk of blood clots. In some cases, young women have reportedly died from heart attacks or strokes linked to the use of NuvaRing, while others have suffered permanent injury. They and/or their families have filed lawsuits against the maker of NuvaRing alleging the drug maker knew or should have known about the risks involved in the use of the contraceptive.

"The judge overseeing the multi-district litigation in the eastern district of Missouri has announced the start of the bellwether trials," Malik says. "So the first group of cases scheduled will be in May of 2013. Those are bellwether trials. They are basically mini-trials, which allow both the plaintiff and the defendant to determine strengths and weaknesses of their case. The point of the mini-trials is to gauge how the jury will look at these cases. If the plaintiff is successful then that paves the way for a global settlement."

More NUVARING BIRTH CONTROL News
Malik says the discovery process is underway, but it is not too late to join a lawsuit if the statute of limitations has not passed. That means a lawsuit must be filed within two years of either the time the injury (the blood clot) occurred or the time the plaintiff knew NuvaRing could be responsible for the clot.

"In a recent case in New Jersey, a woman filed the lawsuit two years and two weeks after the injury from NuvaRing," Malik says. "She filed it in state court, but the court found that she knew about the link between NuvaRing and her health problems when she went in for the blood clot—because the doctors told her that the NuvaRing probably caused the clot—so she filed too late. The state court kicked her case out on summary judgment. She filed an appeal, but the appeal court affirmed the finding of the state court."