Two recently published studies suggest that the risk of NuvaRing side effects may be higher than women were led to believe. Dr. Shezad Malik, cardiologist and founder of the Dr. Shezad Malik Law Firm says Merck, the maker of NuvaRing contraceptive did not adequately warn about the risks associated with the device. NuvaRing lawsuits have now been filed, alleging some women suffered venous thrombo-embolism including deep vein thrombosis, pulmonary embolism and heart attack or stroke after using the birth control ring. 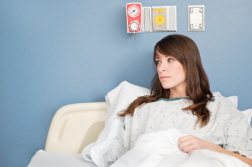 "There was a study published in the June edition of the New England Journal of Medicine that highlighted a Danish study which compared various types of birth control pharmaceutical methods for risk of heart attacks and ischemic strokes," Malik says. "The study concluded that women who use combined hormonal products [birth control that uses two hormones, including some oral contraceptives and NuvaRing] have increased risk of suffering a heart attack or stroke. The risk odds are significantly higher than in single-hormone birth control."

The study examined 1.6 million women between the ages of 15 and 49. Researchers found that women who used combined hormonal birth control had twice the risk of heart attack or stroke as women not using such birth control. The risk was even higher with NuvaRing, which was found to increase the risk by up to three times.

The New England Journal of Medicine study followed a BMJ study, published in May 2011, which similarly found a risk associated with the use of NuvaRing. In that study, which also followed Danish non-pregnant women between the ages of 15 and 49, researchers found that women who used vaginal rings such as NuvaRing were at 6.5 times the increased risk of confirmed venous thrombosis, compared with women who did not use hormonal contraceptives.

More NUVARING BIRTH CONTROL News
"NuvaRing was heavily advertised and promoted as an alternative to birth control pills and as a lifestyle alternative; put it in and forget about it," Malik says. "The manufacturer, Merck, said that the risks involved in the plastic ring are similar to those found with birth control pills, but that doesn't seem to be the case. In October 2011, the FDA [Food and Drug Administration] released a study on blood clots associated with new forms of birth control. They found that NuvaRing increased the risk of venous thrombosis approximately 50 percent over older-generation birth control pills. All these studies demonstrate an increased risk of venous thrombo-embolism with the use of the NuvaRing plastic device.”

"The overall message is that NuvaRing is linked to an increased risk of stroke and heart attacks, and we allege the company, Merck, hasn't fully disclosed the risks involved," Malik says.