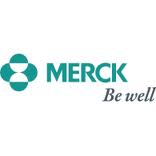 A potential $100 million settlement has been reached by Merck & Co, in the long-running NuvaRing contaceptive multi-district litigation (MDL). Merck is currently facing thousands of defective product and personal injury lawsuits filed by women who allege the pharmaceutical company failed to adequately warn women about the potential increased risk for developing dangerous blood clots known as venous thromboembolism associated with the device. Plaintiffs are seeking damages for a range of injuries allegedly caused by the birth control device, including heart attack, stroke and sudden death.
Read [ $100M Settlement Pending in Merck NuvaRing MDL ]

A settlement fund of $100 million dollars on behalf of women who were allegedly injured by the birth control product Nuvaring was announced today in New Jersey State Court and Federal Court. (In Re Nuvaring Litigation - Case 284, Bergen County, New Jersey). Attorney Jason T. Brown, the first attorney in the country to commence a battery of these cases against Nuvaring confirmed the settlement was unsealed today in open court. Jason T. Brown, a former FBI Agent, who presently handles class actions and mass torts nationwide indicated that the settlement was fair and just. “This settlement allows an avenue of recovery for women who alleged in their complaints that they endured blood clots such as Deep-Vein Thrombosis, Pulmonary Embolisms, Strokes and Death. There are strict deadlines contained in the settlement and any woman who has counsel should consult with their counsel as soon as possible,” Mr. Brown stated.
Read [ Merck Settles Nuvaring Litigation Commenced by Attorney Jason T. Brown for 100 Million Dollars ]

A trial date has now been set for federal NuvaRing lawsuits, which are working their way through the court system. This means plaintiffs will soon see if they have made a strong enough case that NuvaRing side effects, including NuvaRing blood clots, caused serious injury. According to Dr. Shezad Malik, founder of the Dr. Shezad Malik Law Firm, the lawsuits filed against Merck, maker of NuvaRing, allege the contraceptive caused blood clots and other serious health problems.
Read [ NuvaRing Attorney: Dates Set for Bellwether Trials ]

There is little doubt that concern over NuvaRing blood clots is justified, given the various studies that have suggested reasonable grounds to believe that third and fourth-generation contraceptives such as NuvaRing can potentially increase the risk of blood clot and deep vein thrombosis over older, second-generation contraceptives. Many a NuvaRing lawsuit has sought to prove that hypothesis in court.
Read [ NuvaRing Lawsuit Time Barred By Just Two Weeks ]

When it comes to dealing with birth control, although the form of contraceptive might change the injuries sustained by women who suffer from side effects tend to be similar. Women who have suffered NuvaRing side effects and side effects from other forms of birth control tend to have complaints about venous thrombolic events (VTEs). NuvaRing lawsuits have been filed, alleging women were harmed by the use of NuvaRing, and that the drugmaker knew about the risk of NuvaRing blood clots but did not adequately warn patients.
Read [ NuvaRing: Lawsuits Allege Merck Downplayed Risks ]

While the first wave of the Baby Boomers inches into retirement, the largest segment remains comfortably ensconced in middle age. Perhaps coasting a bit, perhaps taking a bit more time for themselves away from the rat race, but certainly not ready to slow down. Nor are middle-aged women ready to give up sex. But they don't necessarily savor a new baby at middle age, either. Thus the need for effective contraception. NuvaRing Birth Control is the choice of many.
Read [ NuvaRing Blood Clot and the Modern Middle Aged Woman ]

Two recently published studies suggest that the risk of NuvaRing side effects may be higher than women were led to believe. Dr. Shezad Malik, cardiologist and founder of the Dr. Shezad Malik Law Firm says Merck, the maker of NuvaRing contraceptive did not adequately warn about the risks associated with the device. NuvaRing lawsuits have now been filed, alleging some women suffered venous thrombo-embolism including deep vein thrombosis, pulmonary embolism and heart attack or stroke after using the birth control ring.
Read [ Attorney: Studies Link NuvaRing to Heart Attack, Stroke ]

Concern over NuvaRing blood clots, something which has been a worry in the US for some time, has the potential to soon become an equal concern in Singapore, now that NuvaRing is available in that country. And women seeking an alternative to an oral contraceptive must now begin to deal with the potential for NuvaRing side effects, according to a recent issue of a leading newspaper in that country.
Read [ As NuvaRing Migrates Globally, Concerns Over NuvaRing Blood Clots Escalate ]

Although concerns about NuvaRing side effects may not be as well known as those about Yaz, Yasmin or other contraceptives, NuvaRing lawsuits have been filed alleging women who use the birth control are at risk of serious side effects. NuvaRing birth control is alleged to have caused injuries such as venous thromboembolism and strokes in otherwise healthy women.
Read [ NuvaRing Lawsuits Allege Patients Suffered Severe Side Effects ]