It may be among the more shocking and sickening crimes to read about: seniors being abused in nursing homes. It is upsetting because it shows a complete lack of caring or respect for the elderly population and, in the case of nursing homes, it is committed by people who are paid to care properly for their residents. Those who would abuse seniors, physically, financially and/or emotionally are heartless, preying on people who are among the most vulnerable in our population. Unfortunately, nursing home abuse does happen.

Recently, a lawsuit was filed against a nursing home and an assisted living center, alleging employees at the homes were guilty of elder abuse. According to KEYT, the lawsuit also includes two counts of wrongful death. According to the lawsuit, one woman died after falling and fracturing her ribs, while another woman claims she was abused at her nursing home. 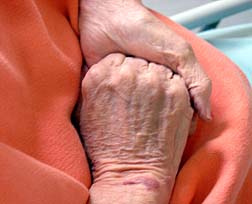 Meanwhile, a lawsuit has been filed against Lakeside Pavilion Nursing Home, alleging that staff at that home failed to properly care for one of its residents. According to Naples Daily News the lawsuit alleges that nursing staff did not address the resident's numerous problems, including dehydration, urinary tract infections, respiratory infections and severe weight loss; the resident was dropped from a lift but was not taken for X-rays for two days, despite complaints about pain; when the X-ray was taken, an impacted hip fracture was discovered; the resident was struck by a lift and suffered an impacted fracture to her collar bone; and doctor's orders for the resident's treatment were not properly followed.

More News
In Texas, a lawsuit was filed against a nursing home after an investigation revealed that a laundry worker was caught raping an Alzheimer's patient. The accused told police that the sex was consensual. According to CBS 11, a lawsuit was filed against the facility alleging the nursing home was responsible for the abuse because it did not send the worker to job training.

Unfortunately, abuse of seniors occurs more frequently than many people realize. The problem is that it is often unreported. In many cases where nursing home abuse is reported, it is not reported by the victim but by a family member, friend or whistleblower who suspects something is going on. Seniors are often too ashamed to report nursing home abuse or they are worried they will not be believed if they report it. Some victims and their families are now filing lawsuits against nursing homes, alleging that the people who run the facilities are not fulfilling their obligation to take proper care of nursing home residents.