Nurses remain the unsung heroes of medicine, regardless of jurisdiction. Thus, it appears patently unfair and unjust when nurses accuse their employers of stiffing them from overtime for work performed outside of their shifts, and when working through meal breaks. A Nursing Overtime Lawsuit seeking class-action status in Arkansas will go ahead after the state’s Supreme Court upheld a lower court’s ruling that class-action status is warranted. 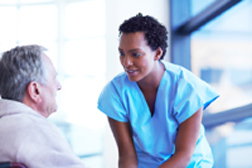 The plaintiffs involved in the Nurses Overtime Lawsuit claim their employer, the Arkansas Department of Veterans Affairs (Arkansas VA), fails to pay them for work performed before or after their scheduled shifts. What’s more, plaintiffs claim that daily, 30-minute unpaid lunch breaks to which nurses are entitled are routinely and automatically marked as unpaid even if the individual in question is required to work through a lunch break due to the needs or demands of patients. The lawsuit claims that automatically stamping lunch breaks as unpaid is a reflection of department policy.

The Arkansas Democrat-Gazette (5/29/15) reports that key plaintiffs in the dispute successfully argued for class-action status given the belief that hundreds of potential plaintiffs across the state are experiencing the same issues, and thus would benefit from the Nurses Wage and Hour lawsuit as a class action.

The state of Arkansas appealed the ruling to the state’s highest court, arguing that in its view there was insufficient commonality amongst various potential plaintiffs scattered across the state to warrant the proposed class-action status. In the state’s view, the lawsuits should proceed on an individual basis.

Attorneys for the nine plaintiffs, however, argued that Judge Chris Palmer of the Pulaski County Circuit was correct in granting class-action status to nurses and nursing assistants, given the expectation that hundreds of state VA employees situated across Arkansas may have been similarly denied overtime pay.

As it turns out, the Arkansas Supreme Court agreed, upholding the lower court ruling and granting class-action status. The Associated Press (AP 6/18/15) decreed in a 4-3 decision that there was sufficient commonality amongst current and potential plaintiffs to warrant class-action status in the Nurses Wage and Hour lawsuit.

The Overtime Lawsuit for Nurses accuses the Arkansas Department of Veterans Affairs of failing to pay overtime at facilities in Little Rock and Fayetteville. The original lawsuit was brought in 2013.