What Is the True Cost of Proton Pump Inhibitors?

Acid reflux is a prevalent health concern in the United States, with some estimates putting the rate of monthly acid reflux disease at around one-third of Americans. For that reason, many people turn to medications such as Nexium or other proton pump inhibitors to help with their medical condition. Concerns have been raised, however, that the risk of Nexium side effects when the drug is used long-term outweigh the potential benefits of the drug. Among reported side effects are an increased risk of fracture. 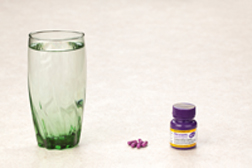 According to the over-the-counter label, Nexium is meant to be used for no more than 14 days during a year. But many patients use the drug as a preventive measure, to avoid any chance of developing acid reflux. This means that they take the medication far longer than they are meant to, putting themselves at risk of developing serious side effects.

One study that suggests an increased risk to patients who have no symptoms of acid reflux was published in July 2011 in the journal Archives of Surgery. The study examined more than 750 patients with gastroesophageal reflux disease who used a proton pump inhibitor. Researchers found that patients who had only mild symptoms of GERD, and those who had no symptoms at all, were 60 percent more likely to have a precancerous condition called Barrett’s esophagus. Patients who had more severe symptoms of GERD and took a proton pump inhibitor were less likely to have Barrett’s esophagus.

More NEXIUM USE AND INCREASED RISK FOR FRACTURE News
Meanwhile, a study published in 2010 in the American Journal of Managed Care found that overuse of proton pump inhibitors was associated with increased medical care costs. Researchers found that of almost 950 patients treated in ambulatory care with a proton pump inhibitor, approximately 36 percent received the medication for no documented appropriate indication.

“The total cost of inappropriate PPI use was $233,994 based on over-the-counter PPI costs and $1,566,252 based on average wholesale costs,” researchers wrote. They concluded that inappropriate use of proton pump inhibitors is associated with “substantial cost expenditure and with the potential for adverse events.”

The studies suggest that patients using proton pump inhibitors without symptoms of GERD not only face increased risks of health problems, but also increased medical costs.

Posted by
Dave
on August 14, 2013
With all due respect, I do not think the story is horrendous at all, but rather should serve as a heads up to all who have taken these drugs for many years to insist on periodic endoscopies. Properly prescribed and properly supervised, PPIs can have a proper place in treating GERD by controlling symptoms. But many studies are now showing that control of symptoms does not mean no damage is taking place. The PPIs are merely masking symptoms that otherwise would cause the patient to seek medical attention.

A major factor in the rapid increase in esophageal cancer is that many, if not most, doctors tend to test and treat based on patient symptoms rather than patient history, whereas in managing GERD, patient history can be significantly more important than symptoms. Another important factor is the fact that some of these powerful drugs are available OTC and are being aggressively advertised as the ultimate solution to all our digestive issues.

I was placed on Prilosec some 15 years ago by my gastro doc and had very few symptoms while I was on the pill. I saw my primary care doctor every year for an annual physical, and my gastro doc every five years for a colonoscopy. Even though they knew I was a long-time user of Prilosec, neither ever recommended a follow-up endoscopy. I trusted my docs and, since I was having no symptoms, it never occurred to me to ask for an endoscopy. When serious health concerns came out some two years ago about long-term use of PPIs and since I was having no significant symptoms, I asked my primary care doc about going off the Prilosec to see what happened. He said he saw no problems with it and I could use something like Pepcid AC for intermittent problems and go back on the Prilosec if the problems became more frequent. I had no change in symptoms--still virtually no heartburn, so I thought the years on the Prilosec had allowed my esophagus to heal.

Then in December 2012 I was diagnosed with stage 3 adenocarcinoma after I developed some mild difficulties with swallowing. That was about a year after I stopped the Prilosec. It is now stage 4. Since it takes many years for this cancer to develop, it seems obvious to me that, rather than healing, damage actually was being done while I was on the Prilosec. Recent studies I have now read confirm this. Current findings indicate that PPIs neither promote healing of the esophagus nor stop the progression of disease. I have also read that the non-acidic bile can be as damaging, if not more so, to the esophagus than acid but causes no symptoms.

But please don't take my word for it. The lesson I would like anyone reading this to learn from my experience is to be your own advocate when it comes to health care. This is a terrible cancer that is virtually impossible to treat if it has spread beyond the original site. Do not self-medicate with this drug to address heartburn issues that can be managed by as-needed medications. Also, if you have been on a PPI for 10 years or more, insist on an endoscopy, even if (or perhaps especially if) you are having no symptoms and repeat this at least every five years, even if symptoms do not subsequently develop. Talk to your doctors and if you do not get satisfactory responses, go to another doctor! And, whatever you do if you have a history of GERD and are taking a PPI, do not trust your current (lack of) symptoms and get tested!!! Only an endoscopy can tell for sure.

Posted by
Chris Robinson
on April 25, 2013
This story is horrendous. It makes false conclusions and incites patients to ignore potentially life-saving advice.

PPIs DO have side effects BUT most patients would prefer to suffer these than develop cancer!

Prescribing PPIs will ensure any refluxate is non-acidic so less likely to cause damage to the esophagus.

But there is no need to buy the most expensive Nexium or Dexilant. The cheapest generic omeprazole or lasoprazole has been shown in numerous research papers to be equally as effective.

Do not speak to lawyers for health advice, speak to professional mediacl consultants.