Doctor Tells Patient He Isn’t the First with Nexium Fracture

“I took Nexium for almost four years because my doctor told me it was the best thing out there to treat acid reflux,” says Gerry, who stopped taking the medication after he suffered a fractured rib. 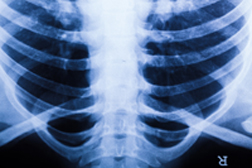 “It never even worked that well so I took Tums on top of that to help my indigestion,” Gerry adds. “Unfortunately, I trusted my doctor and he was also a personal friend. But now I know that doctors aren’t always right. I stopped taking it after the fracture…About three years ago I was relaxing outside, and as I tried to turn over on my chaise lounge, I heard something pop. It turns out that I cracked a rib!”

Gerry, who just turned 72, says he never had any fractures or breaks before. He hasn’t been diagnosed with arthritis or osteoporosis - he doesn’t have any prior history with bone problems. Gerry managed to get out of the chaise lounge and drive to the local hospital where he had an x-ray that determined his fourth rib had a fracture.

“The doctors wanted to know what meds I was on and then they told me I wasn’t the first one to come in with a fracture while taking Nexium,” Gerry says. “When he told me, I was shocked and felt that I had been taken advantage of. I had been put on a prescription drug that was flawed and can cause damage to a person rather than help them.”

Gerry says he has filed a Nexium claim because he should have been warned that Nexium could make his bones brittle. And he should have been told to take a calcium supplement while taking Nexium. After this rib fracture Gerry switched doctors and that was hard to do because of their friendship. But trust is a big issue.

“My new doctor put me on Prevacid, a prescription supposedly better than Nexium,” says Gerry. “This doctor knew about Nexium side effects, especially Nexium fractures, so why didn’t others in the medical community know?

“I think that AstraZeneca, the manufacturer, is ripping off the consumer. This giant drug company put their product on the market knowing it was unsafe and they put profits over people. It is really disgusting when drug companies go after the dollar and to heck with a person’s health.”

Even though it happened three years ago, Gerry is still bothered by his fractured rib; it is still swollen and often painful. “I was fitted with a special band to help it heal and still it hurts when I reach over my head,” he says. “I am still aware it is cracked because I can push on it right now and it hurts. I just saw Dr. Gray and he thinks the fifth rib as well might have cracked and the cartilage separated the fourth and fifth rib somehow.

More NEXIUM USE AND INCREASED RISK FOR FRACTURE News
“Since this happened I have seen a number of doctors, trying to find out why I am still in pain. If I take a deep breath it feels like something is stabbing me. This past week I had a nuclear bone scan done at Memorial Hospital here in Charleston to see what is going on and why there is still swelling. I also had an MRI just before the nuclear scan and it showed that I do indeed have the cracked rib but nothing will show the cartilage damaged. I am going to see a thoracic surgeon in two weeks and he might have to look inside and see what is going on.

“One time, Nexium was a very popular drug, but the drugmaker has made a mistake by failure to warn, and consumers are becoming aware of these dangerous Nexium side effects. I found out the hard way and I hope others don’t make my mistake.”