Joe started taking Nexium back in 2001, soon after it was approved by the FDA. “If I knew about Nexium side effects back then, I would never have taken it,” says Joe, who is now suffering from osteoporosis and wonders if he is a candidate for Nexium fracture risk. 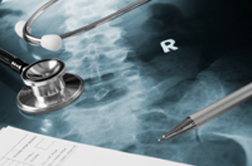 “I took 20 mg of Nexium every day, right up until 2010,” says Joe. “My current doctor suggested that I stop taking it, and even though I was dependent on Nexium for my stomach problems, I followed his advice.”

Joe admits that Nexium helped by reducing the gastric acid levels in his stomach, but he’d rather suffer through gastrointestinal gurgling than risk a bone fracture. “I had pains from my stomach up to my chest that almost felt like a heart attack, which mostly happened in the evening and at night. You can understand why I was dependent on Nexium, but the strangest thing is that, when I went off it cold turkey, I didn’t have the stomach problems - the ulcer I thought I had wasn’t there. I didn’t even need it.

“Now I have been hearing about a link between this drug and brittle bones. I can’t help but think that I am now suffering from Nexium side effects. I had spine surgery back in June 2001, and had a fusion, where some of my bone was scraped off and cadaver bone added. Then just six months later, the surgeon had to do a revision surgery because two screws broke in the vertebra. Right after that surgery, he noticed that all the bone material inserted in that area - that was supposed to have grown - had disappeared. My body had absorbed it all. How could that happen?”

Joe underwent a third surgery in 2003. This time the surgeon reinstated all the metal: Joe was wearing 12 screws, two rods, a square plate and a cage, and this time they used a material called BMP or bone morphogenetic protein, a genetic growth replacement. “The next year or so was OK but now I have full-blown osteoporosis and I’m only 66 years old,” he says.

“I have never broken a bone in my life. There was no obvious evidence of osteoporosis during my first surgery, so I can’t help but think Nexium is to blame. When I was tested for osteoporisis in 2010, the bone density test measured 3.7 and that indicated full-blown osteoporosis. How could this have happened so quickly?

“My questions were answered when I started seeing ads for Nexium on TV, which talked about mineral loss, Nexium fractures and broken bones, etc. My doctor said that I must have some kind of mineral deficiency but we never followed up on it. I don’t have any proof - I’ll leave that up to the lawyers - but it is just too coincidental. My 88-year-old mother has osteoporosis too and she also took Nexium. I have four siblings and nobody else has it. And they didn’t take any proton pump inhibitors.

More NEXIUM USE AND INCREASED RISK FOR FRACTURE News
“I see my GP this week and I plan to talk to him about it. You know how it is these days with doctors: you’re in and out and they don’t have much time to talk. But his philosophy is very good - get off the drugs. Not everyone has a good doctor - the public should know that Nexium is a problem.”

On March 5, 2013, court records indicated that 42 actions are currently pending in the Nexium multi-district litigation (MDL) against the manufacturer, AstraZeneca. In the Nexium MDL (U.S. District Court, Central District of California, MDL 2404), plaintiffs claim that Nexium may cause a variety of bone ailments, including osteoporosis in particular, along with loss of bone density and bone fractures. Allegedly, AstraZeneca failed to adequately warn of these potential adverse side effects.

Posted by
Sharon
on July 13, 2016
I was on Nexium from 1999-2015 before I heard of possible problems
Past test spine fractures T12& L1(most recent are micro fractures)
Also last years told I had osteopenia & January this blood show kind net issues
For many years doctors had me taking 2 Nexium a day off and on.
What should I do?

Posted by
Cheril Martinez
on December 3, 2013
I ha taken nexium for year and I suddenly developed (or was told) that I had osteoporosis. I fell and shattered my ankle. Then I broke the other ankle and then I broke my leg! Looking for a class action lawsuit...
Posted by
shannon
on October 30, 2013
My mother has been on Nexium for several years. THe doctor she saw a few days ago was astonished. Over the course of 3 years give or take she has lost 10% every year for the last 3 years. Now she has to see a specialist in ALbuquerque, but she can't get in to see him until Jan.2014. THe Doctor she recently saw said she is a high risk of bone fracture, she has osteoporosis. She had amazingly strong bones until she started taking this drug.
Posted by
Marjorie Bevans
on June 11, 2013
5 Weeks ago I was walking in my back yard and slipped on a patch of wet clover. I caught myself from falling initially with my right foot, but fell when the ankle broke and severely dislocated. I had to have surgery to repair it. The injury was so bad that the nurses at the orthopedic's office humorously referred to me as 'the one with the ankle'.

I have been taking Nexium every day for probably about 7 years. I am a female and 52 years old. About 5 years ago I had a hysterectomy and soon thereafter had a bone density test, which came out fine. Since then I had to increase the dosage of the Nexium to twice a day. I am about to make an appointment to have another bone density test, because my break was so unusual and I am wondering if Nexium has made my bones brittle.

I have been taking calcium and vitamin D3 to increase absorption of the calcium since the hysterectomy.

I was so surprised I broke my ankle, because as a life-long horseback rider I've had many bumps and serious bruises over the years and never had such a bad injury. I remember hitting the ground very hard on my hips, arms and shoulders a number of times as an adult and only being bruised. In fact, I was beginning to think I had indestructible bones!