Patients who suffered Nexium side effects should consider contacting an attorney before the statute of limitations runs out. That is the advice of attorney Ben Stewart, of Stewart Law Group PLLC. Specifically, patients who were put at risk of the most severe of the proton pump side effects, such as a Nexium hip fracture, may be eligible to file a claim against the maker of the medication. 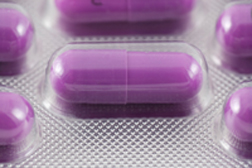 Among the reported risks of Nexium is an increased risk of bone death, fractures and calcium waste in the bones. Specifically, bone degradation tends to occur in the hips, wrist and spine of patients who have used Nexium at the highest dose over the longest time.

“Some patients would have pain, but sometimes bone degradation is asymptomatic until the patient has a skeletal failure,” Stewart says. “A lot of times, bone degradation doesn’t cause pain until the patient has an impingement or a break, so patients cannot rely on pain alone to tell them there is a problem. If they have been on a high dose of Nexium or they have been on it long-term - the FDA recommends 12 months or longer, but we recommend six months - they may want to seek the advice of an orthopedic doctor.”

Because of the timing of the FDA’s announcement, patients have only a short time to bring a claim alleging AstraZeneca failed to adequately warn patients about the risks forward.

More NEXIUM USE AND INCREASED RISK FOR FRACTURE News
“It depends on where the patient is located but some patients may have less than a year to bring their claim forward,” Stewart says. “The statute of limitations varies. But the issue is of informed consent, so from the time the FDA issued its warning, patients were put on notice that fractures were a possible side effect. If they continued taking the drug, they did so at their own risk.”

Patients who were taking Nexium prior to the FDA’s 2010 announcement may be eligible to file a claim alleging they were not adequately warned about the risks associated with the drug, if they suffered a fracture or other injury associated with bone degradation.

“Patients shouldn’t put off speaking to an attorney,” Stewart says. “They should speak to one sooner to ensure they don’t lose their valuable legal rights.”

Posted by
linda
on March 5, 2013
FELL AND BROKE SHOULDER. SURGEON SAYS IT CANT BE FIXED
Posted by
alice ogues
on March 3, 2013
i was on nexium after awhile when my leg pain had started but doctor could not find any problem which had been causing my difficulty in walking but only now of the drug side effects