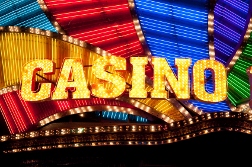 A casino in Las Vegas recently settled one such lawsuit for $12. 9 million. The lawsuit was filed by dancers against the Spearmint Rhino topless dancing clubs, alleging dancers were wrongfully classified as independent contractors. Vegas Inc (10/10/12) reports the dancers claimed in the 2009 lawsuit they were denied wages and benefits they should have received, had they been properly classified as employees.

Although classing topless dancers as independent contractors is common in the industry, the plaintiffs said they were treated like employees but because they were classified as independent contractors were not given minimum wages and other benefits. Furthermore, they alleged the employer required dancers to share tips with managers and employees. In addition to the $12.9 million, Spearmint Rhino has agreed to class dancers as employees.

Meanwhile, a different casino, Tuscany Hotel and Casino LLC, has resolved a lawsuit filed by the Justice Department, alleging the Tuscany discriminated against non-citizens during employment eligibility verification and re-verification. Tuscany will pay $49,000 in civil penalties and back pay to the person who filed the complaint, according to the Department of Justice (10/10/12).

In addition to financial penalties, Tuscany will implement new policies and procedures to ensure all employees are treated equally during the hiring and firing process, and will further train human resources staff to prevent discrimination in employment eligibility verification.

Posted by
Robert Bean
on April 5, 2016
I have been offered a settlement by a local company. I worked as a stated "salary" employee. We were paid a salary for a 40 HR week, but were required to work 52 hours weekly.
They sent me a check for $67, for underpayment for a 2 week period, but I worked there over 2 months. They fired me while I was on bereavement leave, saying the time off came during my probationary period and constituted excessive time off.
I am hesitant to accept the terms and deposit the check, as they means acceptance of terms and I don't feel the amount properly reflects the time worked.
Do I still have recourse?