A former employee of an Applebee’s restaurant in Nevada who had her Nevada employment sexual harassment lawsuit tossed due to problems with the timing involved with the filing of her complaint will have her day in court after all, following the decision of an appellate panel. Last week the Ninth Circuit ruled that Maria Escobedo had indeed filed her complaint within the mandated time limits, and that a judge had erred when he forced the plaintiff to pay a filing fee. 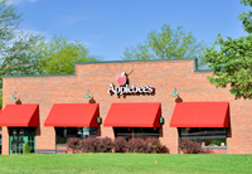 The case is Maria Escobedo v. Applebee’s et al., case number 12-16244, in the US Court of Appeals for the Ninth Circuit. Escobedo, in her Nevada employment lawsuit, complained that a general manager at the Nevada Applebee’s where she worked as a prep cook improperly embraced her. She also claims discrimination, and that she was wrongfully fired from her job due to her gender and her national origin as a Mexican.

Apple Nevada LLC, the defendant in the case, originally countered that Escobedo had problems with poor job performance and had received multiple warnings about it.

The problems for the plaintiff stemmed from her inability to pay a $350 filing fee, based on her claim that after expenses she had only $150 free and clear at the end of each month. She had filed an application for in forma pauperis (IFP), but a magistrate judge denied her application due to a reported $1,800 income received by the plaintiff’s husband in monthly benefits from Social Security.

Escobedo eventually managed to pay the filing fee, but a district court judge ruled that her application had run past the 90-day statute of limitations for a Title VII complaint. Her Nevada employment lawsuit alleging discrimination and sexual harassment was dismissed. Apple Nevada LLC, the defendant, had argued that Escobedo’s complaint was time-barred and had been improperly served.

Escobedo appealed. After reviewing her case and the district court’s decision, the Ninth Circuit held that Escobedo should not have been made to pay the filing fee in the first place - and that she made it within the 90-day statute after all.

The plaintiff, according to court documents, filed her original complaint on June 2, 2011, with her application arriving at the clerk’s office 69 days after Escobedo received a right-to-sue communiqué from the Equal Employment Opportunity Commission. That letter, it has been alleged, was originally mailed in December 2010. Escobedo clams she never received the original letter. Escobedo also filed, along with her complaint, her IFP application. That application was subsequently denied by a magistrate judge on July 6 - and the plaintiff was afforded 30 additional days to pay the fee.

Escobedo complied, on August 5 - only to have the district court dismiss her complaint after holding that August 5 was the day on which Escobedo filed her Nevada employment lawsuit and thus was time-barred.

More NEVADA EMPLOYEE LAWSUITS News
On appeal, the Ninth Circuit disagreed with both the decision of the magistrate judge in forcing Escobedo to pay the fee, and the date the district court attached to the filing of her complaint.

“For better or worse, it is far from uncommon for litigants, rich and poor, to tender complaints at or near the outer limit of the statute of limitations - sometimes on the day before the statute is due to run,” the Ninth Circuit decision said. “In these cases, a subsequent denial of the IFP application, perhaps (as here) weeks later, without a reasonable opportunity to assemble the funds to pay the fee, would be grossly unfair.”

After deciding the plaintiff properly complied with the magistrate’s order with regard to the fee, the Ninth Circuit allows the Nevada Employment lawsuit to move forward.