More NEGLIGENCE News
After months of litigation, Actor James Woods has settled his negligence lawsuit with the Rhode Island hospital where his brother died of a heart attack in 2006. 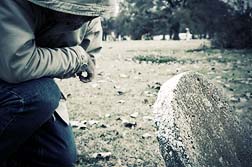 In July 2006, Michael Woods, who was only 49 years old at the time, was admitted to the emergency room at Kent Hospital in Warwick Rhode Island complaining of a sore throat and vomiting. Three hours later, Woods suffered a fatal heart attack on a gurney in the hallway outside the nurse's station.

As part of the settlement, Woods' family will receive an as yet unnamed sum to provide for the education of his three children. In addition, Kent Hospital will invest $1.25 million to establish the Michael Woods Institute, a research center that will work toward reducing hospital errors in patient care.

"I can honestly say today that, as sad as it is that I have lost him forever ... my brother got justice," James Woods tells NBC News. "It makes it possible for me to go to my brother's grave and ask if I've done the right thing."

If you or a loved one have suffered losses in this case, please click the link below and your complaint will be sent to a drugs & medical lawyer who may evaluate your Negligence claim at no cost or obligation.
Request Legal Help Now