Thousands of Patients at Risk for Hepatitis C in New Hampshire

A former medical technician currently being held in a county jail in Strafford, New Hampshire is suspected of infecting dozens of patients with hepatitis C while working at several hospitals. Critics of the lack of reporting inherent with his activities cite that the potential for a hepatitis C outbreak may have been avoided. 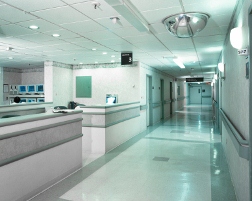 Instead, literally thousands of patients who went through Exeter Hospital in New Hampshire are anxious over the potential for contracting hepatitis C. And that's just one hospital. David Kwiatkowski is reported to have been employed at 18 hospitals in seven states over the last ten years. The New York Times (8/10/12) reported that Kwiatkowski was fired from at least two hospitals, but reporting of the incidents that led to his firings was limited and he was subsequently hired by other hospitals.

Kwiatkowski is accused of stealing drugs, and contaminating syringes at the hospital(s) at which he worked. He stands accused of using fresh syringes to inject himself, and then refilling the syringe with other liquid and putting it back into place. The accused is being held on charges of tampering with a consumer product and stealing drugs. Law enforcement officials believe he was abusing fentanyl.

While it is known that Kwiatkowski is infected with hepatitis C, an effort is underway to determine at which point he became infected, and how many potential victims at the hospital(s) at which he worked there could be.

"Its reach is unprecedented, and we're the tip of the spear in the investigation," John P. Kacavas, the United States attorney for New Hampshire, said in an interview with the Times. "In terms of volume, scope and intensity of work involved, it’s a mammoth effort."

A focus of the investigation is the cardiac catheterization lab at Exeter, where Kwiatkowski primarily worked and where syringes were left unattended on medication carts by nurses, according to a report by the Centers for Medicare and Medicaid Services, a federal agency.

As a result of such observations, the Times reports that of 1,200 Exeter cath lab patients who have been tested for hepatitis C, 31 have tested positive for the same strain Kwiatkowski has. An additional 3,300 patients are being tested, given the accused also worked in other areas of the hospital.

Exeter, in defending itself, described Kwiatkowski as an "extremely good cardiac technologist who pulled the wool over everyone's eyes."

Rather, Exeter finds fault with the limited reporting of incidents associated with the accused at other hospitals at which he worked, the Times reports. In 2008, Kwiatkowski was reported to have been fired from UPMC Presbyterian in Pittsburgh after 47 days, when he was found inside an operating room to which he had not been assigned. Two years later, while working at Arizona Heart Hospital in Phoenix, Kwiatkowski was found unconscious in a hospital bathroom surrounded by syringes and needles.

He had been on the job in Phoenix just 11 days.

In both cases, there was limited reporting of the incidents.

More NEGLIGENCE News
"This inaction," Exeter hospital said in a statement on its Web site, "allegedly resulted in Kwiatkowski being able to secure employment in other hospitals around the country, including Exeter Hospital, resulting in this hepatitis C outbreak that has touched thousands of individuals across the New Hampshire seacoast and beyond."

According to the Centers for Disease Control and Prevention in Atlanta, the most recent large outbreak of hepatitis C occurred in Texas 20 years ago when about 40 patients were infected by a surgical technician.

Given the number of hospitals involved, and depending upon the date and source of Kwiatkowski's infection, it is not beyond the realm of possibility that several lawsuits will follow, undertaken by infected patients. Hepatitis C can lead to cancer and is a major cause of liver problems.

Click to learn more about LawyersandSettlements.com
LawyersandSettlements.com - A trusted, independent legal news provider bringing quality news and information on legal cases and lawsuits filed in the United States of America to its readers since 2002. Over 650,000 legal help requests including Personal Injury Cases, and Malpractice Cases have been forwarded to lawyers all across to the country.