It is one thing to suffer mutual fund losses when the economy has taken a downturn and everyone is in the same boat. However, it is another situation entirely when your mutual fund loses money because it was invested in companies that were involved in illegal activity. Unfortunately, this sort of thing happens—some mutual funds invested in shady companies, and when regulators shut the operations down, the mutual fund investors lose big time. 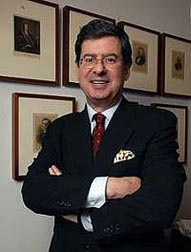 We recently spoke to Thomas Sheridan, a partner at law firm Hanly Conroy Bierstein Sheridan Fisher & Hayes LLP, who has brought lawsuits on behalf of investors seeking to recover such losses.

"The litigation we have brought involves illegal Internet gambling," says Sheridan. "Until approximately 2006," he explained, "there were a number of publicly held foreign companies that took bets over the Internet from gamblers in the United States. Examples of those companies include PartyGaming, Sportingbet, BWIN and 888 Holdings.

"It is illegal for companies, regardless of their location, to take bets from gamblers in the United States. In 2003, the United States Department of Justice issued a public warning letter that Internet gambling and offshore sports books operations that accept bets from US customers were in violation of federal law.

"The companies themselves were aware that the government took that position. One of the companies, PartyGaming, went public in 2005 and issued a prospectus to public investors. Because the company did not want anyone to accuse them of being misleading, they were candid about their activities. The prospectus said, 'The US Department of Justice considers that companies offering online gaming to US residents are in violation of existing US federal laws, including (but not limited to) the Wire Act, the Illegal Gambling Business Act, the Paraphernalia Act and the Travel Act'. They went on to say that despite the risk, they were conducting over 80 percent of their business in the US. Thus, investors were on notice that the US authorities took the position that the gambling was illegal."

"Despite these risks, many mutual fund managers and advisors caused the mutual funds they controlled to invest in the gambling companies, even though they knew or should have known about the illegalities," Sheridan says.

"In 2006, various prosecutorial offices stepped up criminal and civil proceedings against illegal gambling companies and forced them out of the US market. Some officers were indicted, some were arrested, and some have pled guilty. Basically, the state and federal prosecutors said they had enough of the illegal gambling and put them out of business."

On December 16, 2008, PartyGaming's founder and former director, Anurag Dikshit, pleaded guilty to illegal Internet gambling and agreed to cooperate with the US Justice Department in an investigation of the Web-based gaming company. Dikshit, 37, the biggest shareholder of Gibraltar-based PartyGaming, entered the plea to one count of online gambling in violation of the Wire Act today and agreed to forfeit $300 million. As alleged in the documents filed and statements made during Dikshit's plea allocution in Manhattan federal court, and as set forth in his plea agreement with the Government: From about 1997 through October 2006, PartyGaming operated an Internet gambling business which offered casino and poker games, among other games of chance, to customers who wished to gamble online. During that time a substantial majority of PartyGaming's online gambling customers—who accounted for approximately 85 percent of PartyGaming's revenue in 2005—were located in the United States.

"We have filed 3 lawsuits so far," Sheridan says. "The first is McBrearty v. The Vanguard Group, the second is Seidl v. American Century Companies and the third is Gamoran v. Neuberger Berman Management. All three lawsuits are in the US District Court for the Southern District of New York and all are assigned to Judge Denise Cote.

"All 3 lawsuits basically claim the same thing: when investment managers and advisors caused the mutual funds to invest in illegal gambling companies, they were violating a federal statute that makes it a felony to own an interest in or to finance a gambling company [The Anti-Gambling Act, 18 U.S.C. § 1955].

"If you violate that statute repeatedly, that is considered racketeering under the Racketeer Influenced and Corrupt Organizations Act [RICO, 18 U.S.C. §§ 1961-68].

"What we say is that when the fund managers caused the mutual funds to invest in illegal gambling, they violated the RICO statute, were negligent in their actions, breached fiduciary duties and wasted fund assets. We are claiming that the investment advisors and managers should have to pay damages to the mutual funds to compensate investors for losses suffered as a result of illegal investments.

"The lawsuits are brought in the form of a derivative action—[which occurs when] the plaintiff is a shareholder in a company or a member of limited liability or something of that sort and they sue on behalf of the organization they are a part of. In this case, investors are suing on behalf of the mutual funds against the investment advisors and managers who harmed the mutual funds.

More MUTUAL FUND LOSS News
"Any investor, in order to be part of a lawsuit, must have been an investor at the time of the wrongdoing, in this case probably in or before 2006. If they didn't invest until 2007, they don't have a claim because most of these companies were out of the market and the losses were already suffered by then.

"The other qualification is that they have to still own the mutual shares. If they don't own the shares any more, they can't be part of lawsuit. Derivative lawsuits are only for current shareholders.