Are Wary Investors Slowing US Recovery?

The response to complaints over heavy losses incurred by RMK funds and allegations that fund vendors and sponsors withheld vital information from investors is taking the form, in some cases, of arbitration settlements. Thus far, according to The Tennessean on February 21, $24.7 million in arbitration awards have been realized by individual investors in some 129 cases. 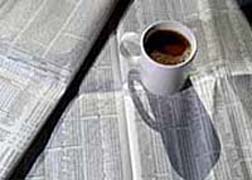 Other RMK High Income Fund lawsuits are meandering through the courts, brought by investors who accuse Morgan Keegan of overstating the value of the funds, and failing to disclose the true nature and risks of bond funds backed by the risk-prone subprime mortgages through 2006 and 2007.

Allegations are but mere suppositions or suspicion of wrongdoing unless proven in a court of law. However, if the allegations are proven to be true, this and similar cases point to an investment industry blinded by the promise of performance, return on investment and a bottom line percolating with vitality.

Investors in the Morgan Keegan bond fund—and other funds facing similar complaints—accuse the various defendants and the industry at large of operating with blinders on and purposefully ignoring the various red flags that all pointed to a pending disaster either no one saw coming or were willing to admit as a probability.

More REGIONS MORGAN KEEGAN FUNDS News
One wonders if the delay in the US recovery is partially due to issues such as those surrounding the under-performing Regions Morgan Keegan funds, and the reluctance of an increasing number of investors to further participate in the market. Healthy spending and investment is a key component to the US recovery.

Save for the most investment-savvy individual, most investors reply upon their broker and vendor for advice on prudent investment strategy, and for accurate information on the products into which the investment is directed. False and misleading information, upon which many a Regions Morgan Keegan lawsuit is based, does little to bolster the confidence of the jilted investor wary of giving the markets another chance.

To some investors, the RMK advantage income fund may have sounded promising at the time—but the mattress in the corner of the bedroom is looking to be a much safer bet…
READ ABOUT REGIONS MORGAN KEEGAN FUNDS LAWSUITS