So your Morgan Keegan investments aren't doing so well, but you've been told to just wait it out. The market will recover, the fund will come back and you'll be issued special dividends to make up for the losses. Believe it? Don't. Securities fraud is a $40 billion dollar a year problem and Morgan Keegan is just the latest brokerage firm to find itself under investigation. 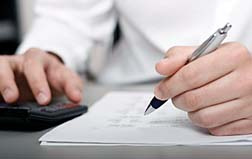 In fact, a lawsuit has been filed against Morgan Keegan regarding the Select Intermediate Bond Fund and the Select High Income Fund. The allegation is that Morgan Keegan either misrepresented or did not disclose certain material facts about the funds to investors who acquired shares of either fund between December 6, 2004, and October 3, 2007.

The name Morgan Keegan may not be a household name to the average American. However, it's a major player in the investment world with 450 offices in 19 States. Founded in 1969 in Memphis, the company employs 4000 and boasts more than $650 million in equity capital.

The firm has also allegedly cost investors billions of dollars in losses.

Various factors were thought to lay at the root of those losses, including the lack of liquidity in the funds' portfolios and inherent uncertainty in the estimated asset value.
It is alleged that Morgan Keegan also invested the funds heavily into a number of relatively new types of securities that had not been adequately tested, and vetted through market cycles.

But the biggest bugaboo of all was the alleged failure on the part of Morgan Keegan to brief, and disclose to investors these very facts. In fact disclosure, or lack thereof, appears to be prevalent in a number of different areas, including the alleged failure by the company to disclose breaches and failures in the conditions within the funds that made them highly vulnerable to market flux. Morgan Keegan is also accused of fostering a failure of the funds to have previously complied with required disclosure procedures, relative to the manner in which fund assets were invested.

Of course, the markets are living, breathing things and will bite you from time to time—and especially the bear market of this past year, what with the sub-prime mortgage mess and all those mortgage-backed securities. But at least tell the investor what is going on, allowing the investor to make up his or her mind as to the wisdom of hanging on, or bailing out.

The allegation, and one of the primary reasons for litigation, is that this was not done. The investor was allegedly left in the dark.

This happens all the time, as investment firms fall all over themselves to sell their products, to get investors' money at all costs, and to hide or withhold the real risk inherent with the product. Meantime, while some investors are more aggressive than others, investors overall are looking to mitigate risk. And why not? Thus, the challenge for an investment firm is to try to get those funds sold, acquire the client's money and earn the commissions any way they can.

Misrepresentation of the facts remains a popular modus operandi. In the year 2000 there were 6000 securities fraud cases industry-wide, together with over 1300 allegations of broker misrepresentation, or failure to disclose. Those numbers grow every year.

More MORGAN KEEGAN News
In the end, everyone knows that markets can be volatile. However, as an investor your performance and your ability to read the tealeaves is only as good as the information you have at hand. Investing is not just a roll of the dice, or best left to chance. Rather, it is more often than not a strategic enterprise contingent on good and accurate information.
If vital information is withheld and you incur losses in the process, then the brokerage firm should share in that loss, for hiding information that may have motivated you to bail out. That's the last thing they want to have happen.

As for the "wait it out" plea from your Morgan Keegan broker? View that little gem against the Statute of Limitations, which limits the time frame during which you can litigate, and pursue damages for a certain claim.

In waiting, you may not only be guaranteeing your loss—you may also be missing the boat in the process. Your Morgan Keegan lawyer has his captain's hat on, ready to set sail…
READ ABOUT MORGAN KEEGAN LAWSUITS