The loss of value in certain Morgan Keegan investment funds has obviously had a considerable impact on people who invested in those funds. Most of the time, the media covers people who have lost hundreds of thousands of dollars in the stock crisis. However, there are also many people like Frank S. (not his real name), who did not have a lot of money in the funds, but lost more than he could afford to. 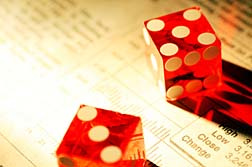 "My money was rolled over to Regions Morgan Keegan from another account I had at a bank," Frank says. "Somehow, RMK ended up with the brokerage services for my money. I'm not pleased with them [RMK]—I don't think they're handling my money well. I get a $40 charge yearly for their services and I'm losing a couple of hundred dollars on a monthly basis. Every time I open a statement my account is worth less than it was.

"I've called them about it but they have never called me directly. When I called I spoke to someone who said that I should just leave my money alone and allow things to stay put for the cycle. I was told that things would be fine. I'm not a big investor—I have money out there and I hope that the people who take care of it will do right by me and treat the money as though it's their money.

"My money is still with RMK, but I might have to pull the money out and put it elsewhere. This has not been a good experience. I'm going to wait through the holiday season and see what happens and if it continues to go down, I will pull it out. I hate to do that, because I want to see it back up at $5,000. At least that way I wouldn't have lost any money. Of course, I wouldn't have made anything, either. In 7 years, my money hasn't made a dime with them. Instead, I've lost about $2,700.

More MORGAN KEEGAN News
"When the bank moved the account to another organization, I thought that they were looking out for their clients' best interests. I feel like I've been kicked to the curb. I think I would have been better off playing roulette with my money."

Many investors have lost money when certain Morgan Keegan funds declined dramatically in value. Although some people may have only lost small amounts of money, that was money they worked hard for and will now have to try to recover. Furthermore, investors say they were told that the funds were safe and they accuse Morgan Keegan of giving them misleading information regarding those funds.

Regardless of how much money investors lost in Morgan Keegan funds, from $1,000 to $1,000,000, investors put that money in those funds in good faith. They have a right to reclaim those funds if they were misled regarding the safety and stability of the funds.
READ ABOUT MORGAN KEEGAN LAWSUITS