A Lot of Commotion About Morgan Keegan

Edward M. is angry—he had money in Morgan Keegan investment funds and lost almost all of it. He was counting on that money being there for him when he needed it and says he was in no position to lose so much. Now, Edward is left wondering how he can get his money back, if he can at all.

"My broker suggested I put my money into these special bonds [RMK High Income Fund]," Edward says. "Three months later, the value of the bonds decreased. I noticed it when I started getting my statements from Morgan Keegan. I went to the broker and asked what was going on. He said, 'Don't worry, the value will come back.' I listened, because I don't know anything about this and he said he was buying the funds, too. But it didn't come back. From the $25,000 I invested, I have $1,000 left. 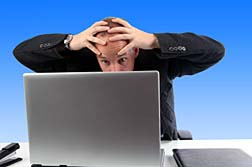 "I'm going to have to stop my supplemental medical payments and I have a knee that requires surgery. That surgery will cost me a couple of thousand dollars on top of what I've lost. I'm between a rock and a hard place, here.

"I understood that there was some risk, and the broker told me there was risk to a certain extent, because the fund was paying 7.5 percent. So, I expected some risk but I did not expect everything to go down the tubes like this.

"I guess what happened is Morgan Keegan put the money into mortgages, which they weren't supposed to. I'm not an experienced investor. I've only ever invested in real estate. I'd buy a house, move and sell it and that was the end of it.

More MORGAN KEEGAN News
"I just want my money back. You're not in any position to lose money when you are 80 years old. I saw the broker about a month ago and asked about the dividends. He told me they would be paying the dividends but I haven't received any yet. I was getting $150-$175 a month and that was paying my supplemental medical policy. I can't pay for that now—how will I pay for my knee surgery?

"I understand there is a lot of commotion about this Morgan Keegan business. I've never been involved in losing money like this before, so I don't know what I have to do to get my money back.

That's what many people are wondering after they lost their money that was invested in certain Morgan Keegan funds. All many of them can do is hope that somehow they will get their money back, because, like Edward, they were in no position to lose that money to begin with.
READ ABOUT MORGAN KEEGAN LAWSUITS