Investors who put their money in certain RMK funds, including the RMK High Income Fund, say they were surprised when their investment lost a lot of its value. In some cases, certain Regions Morgan Keegan funds lost up to 65 percent of their value, leaving investors with little of their hard-earned money. Now, those investors are filing arbitration claims against Regions Morgan Keegan to recover money that was lost when the RMK funds dropped so drastically in value. 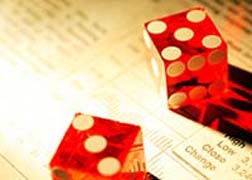 "These bond funds were held out by Regions Morgan Keegan financial advisors as a higher-income alternative to the money market," says Christopher J. Gray, from the Law Office of Christopher J. Gray, P.C. "Each of the funds was a little bit different. The unifying characteristic is that there was no disclosure of the funds' exposure to extremely high losses when dislocation in the US financial sector occurred in 2008–09. With the events of 2008 and 2009 in the US financial sector, the funds lost value very rapidly in a manner that a reasonable investor wouldn't have expected, based on what he was told about the funds."

Regions Morgan Keegan funds reportedly lost somewhere between 50 and 65 percent of their value, depending on the fund in question. Investors who lost money when the funds lost their value are turning to arbitration to recover their lost money.

"These funds are subject to a FINRA [Financial Industry Regulatory Authority] arbitration agreement," Gray says. "Anyone who lost money in these funds can file an arbitration. If people are interested in pursuing a claim, they should do so sooner rather than later. Filing later may not mean they can't bring a case at all, but one of the legal theories they would base their claim on could expire."

As with claims against other financial firms, Regions Morgan Keegan faces allegations that its funds were marketed as safe and the risks associated with those funds were not disclosed to investors.

More REGIONS MORGAN KEEGAN FUNDS News
"People thought the Regions Morgan Keegan Funds were safe bond funds, and it turned out that they weren't," Gray says. "They were sold by Regions Morgan Keegan to its own customers. The names of the funds should appear on the monthly statements. If customers see one of the funds on their statement with a loss, that would be how they would know that they were invested in those funds and could be eligible to file an arbitration. They could also have a lawyer look at the statements."

It is believed that hundreds of arbitrations have been filed against Regions Morgan Keegan regarding the funds, and claimants have enjoyed increasing success in these cases in recent months.