On April 1, the Judicial Panel on Multidistrict Litigation denied Monsanto Company’s request that it reconsider its decision to include National Black Farmers Association v. Monsanto Co. in the Multidistrict Litigation (MDL), consolidated in the Northern District of California. National Black Farmers Association, a Monsanto glyphosate lawsuit, focuses on the harms suffered by the rural Black farmers who make up its membership. 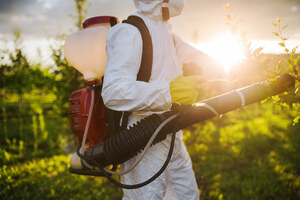 The Complaint argues that these farmers frequently have limited internet connectivity and/or literacy. Members are dependent on their local seed stores for product and information. Unaware of the cancer dangers of glyphosate exposure, they have been “all-but forced into purchasing Monsanto’s Roundup Ready seeds and thus Roundup products containing glyphosate by Monsanto’s aggressive business practices.” The glyphosate lawsuit seeks an injunction to stop Monsanto from selling its carcinogenic product.

A history lesson about Black-owned farms


The original 2020 Complaint focuses on the unique situation of Black farmers. Only about 1.3 percent of U.S. farmers are Black, and Black farmers own only .52 percent of U.S. farmland, according to the Complaint. That number has declined sharply in recent years, from nearly 1 million in 1920 to fewer than 50,000 in 2021. Sources attribute the decline to a legacy of structural inequality that included racial discrimination in agriculture, exclusion from federal relief programs and laws that preyed upon the economically disadvantaged. The NBFA represents the interests of approximately 100,000 Black farmers.

The Complaint focuses specifically on the effect of market consolidation. Before Roundup, most Black farmers grew soybeans or grain using conventional seeds. But Black farmers have allegedly been forced away from conventional seeds over recent decades as Monsanto slowly acquired most other seed companies and bought up all of the shelf space from local seed stores, thus reducing the availability of conventional varieties. A history of corporate mergers, including the most recent merger of Monsanto and Bayer AG has allowed the company to further corner the market. That consolidation led Black farmers to depend more heavily on Monsanto’s Roundup products.

Roundup Ready seeds developed by Monsanto, generally require the use of glyphosate-containing Roundup products to justify the price of the genetically modified seeds. The cycle is self-perpetuating. The weeds Roundup is intended to protect against—pigweed and broadleaf species—have become more and more resistant and require more and more applications of herbicides.

The Complaint argues that Black farmers have been particularly harmed by the lack of a plain, clear warning on Roundup products, compounded by the fact that Monsanto has assured them that Roundup products were. For decades, NBFA’s members have used Roundup products without any training on how to use them safely, despite scientific evidence that glyphosate is linked to cancer.


In 2015, the World Health Organization’s International Agency for Research on Cancer classified glyphosate as “probably carcinogenic to humans.” The chemical has triggered lawsuits, including more than 3,700 included in the MDL, from people who believe that exposure to the herbicide caused their non-Hodgkin’s lymphoma. A University of Washington study that focused on people with the “highest exposure” to the herbicide, concluded that a “compelling link” exists between glyphosate exposure and a greater risk of developing non-Hodgkin lymphoma.


While the original Complaint focused on the unique vulnerability of Black farmers to the health risks associated with glyphosate, the Joint Panel’s decision to include National Black Farmers Association in the MDL focuses on the similarity in the risks to which the plaintiffs were exposed. It concluded that, like other lawsuits included in the MDL, National Black Farmers Association asserted product liability claims against Monsanto and alleged that exposure to Roundup causes non-Hodgkin’s lymphoma or similar hematopoietic cancers. It thus involved many of the same issues concerning general causation, the background science, and regulatory history of Roundup as the other actions.

More ROUNDUP CANCER News
Bayer has reportedly struggled to minimize its risk from glyphosate cancer lawsuits since it bought Monsanto in 2018. The company has lost all three bellwether cases to date with substantial judgments assessed. Juries found not only that glyphosate-based herbicides like Roundup cause cancer, but that Monsanto hid the risks. Bayer has reportedly earmarked $11 billion to settle existing non-Hodgkin’s lymphoma claims linked to Roundup.

A separate settlement proposal that relates to future claims is scheduled for a preliminary hearing on May 12. The terms of that $2 billion proposal remain controversial as it would preclude individuals filing a cancer claim after Feb. 3, 2021 from participating in class-action litigation. None of the negotiations call for the halting the sale of Roundup, as requested in the original NBFA lawsuit.