Next up: Did Monsanto hide damning evidence? 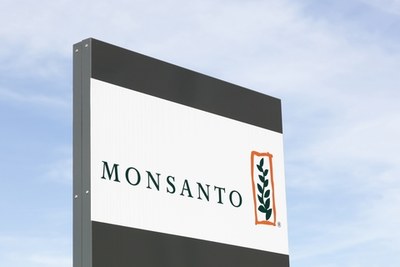 
Hardeman started using RoundUp products to treat poison oak, overgrowth and weeds on his 56-acre Sonoma County property in the 1980s and continued using them through 2012, according to his attorneys. He reportedly used it more than 300 times over a period of 26 years. He was diagnosed with non-Hodgkin’s lymphoma in 2015.

Monsanto has been marketing RoundUp and related glyphosate-based products since the 1970s. Glyphosate is a non-selective herbicide that kills indiscriminately based only on whether a given organism produces a specific enzyme. Each year, approximately 250 million pounds of glyphosate are sprayed on crops, commercial nurseries, suburban lawns, parks and golf courses. An increase in use has been driven largely by the proliferation of genetically engineered crops, including corn, soybeans and cotton, which are specifically designed to resist the activity of glyphosate. These GMO crops are also designed, developed and marketed by Monsanto and Bayer.

Although Monsanto allegedly became aware of glyphosate’s carcinogenic properties in the 1980s, it continued to market glyphosate-based herbicides as ““safer than table salt” and "practically non-toxic" to mammals, birds, and fish” through much of the time that Hardeman used it.


The trial was unusually structured from the beginning. At the close of the first phase, the jury was instructed to consider only whether Hardeman’s use of RoundUp was a substantial factor in causing his cancer. The jury’s verdict – that it was – does not determine liability, and thus makes no award. Monsanto’s liability, and a potential award to the plaintiff, is the subject of a second trial that began on March 20.

A 2015 report, by the World Health Organization's International Agency for Research on Cancer concluded that glyphosate is probably carcinogenic to human beings. Monsanto has long maintained that the IARC report is in the small minority of studies and that glyphosate is safe. It has cited an Agricultural Health Study that concluded, “no association was apparent between glyphosate and any solid tumors or lymphoid malignancies overall, including NHL (non-Hodgkin's lymphoma)."

The Environmental Protection Agency says that glyphosate is safe for people when used in accordance with label directions. According to the American Cancer Society, the cause is unknown in most cases of lymphoma. During the first phase of the Hardeman trial, defendants suggested that his cancer might have been caused by a combination of old age and a history of hepatitis.

The jury’s conclusion that there was a substantial link between Hardeman’s RoundUp exposure and his cancer is an important victory for Hardeman. It is a necessary step toward establishing corporate liability and compensating him for his harm. However, it does not necessarily have precedential value for the Monsanto glyphosate lawsuits that will follow because of the differences in factual background. Nonetheless, some surmise that a series of adverse decisions for Monsanto may affect the company’s willingness to consider settlement.


The second phase of the trial will likely focus on whether Monsanto knew or had reason to know of the dangers of glyphosate exposure, if so when, and whether it hid this evidence from customers. It may also highlight the reliability issues that always come up with corporate sponsored and funded scientific research.

More ROUNDUP CANCER News
In 2017, a federal court unsealed internal Monsanto memoranda that suggested that it had ghostwritten research that was later attributed to academics. The documents also indicated that a senior official at the Environmental Protection Agency had sought to quash a review of glyphosate that was to have been conducted by the US Department of Health and Human Services. In addition, the trove revealed that there was some disagreement within the EPA about its own safety assessment.

Evidence of corporate misconduct played a key role in the earlier state court case brought by cancer-stricken former school groundskeeper, Dewayne Johnson . The verdict in that case was ultimately reduced to $78 million and is now on appeal.