Third in a row for non-Hodgkin lymphoma patients – 13,400 Lawsuits Loom

The jury in Pilliod v. Monsanto Co, the third Monsanto glyphosate lawsuit to go to trial, awarded Alva and Alberta Pilliod $55 Million in compensatory damages and a staggering $1 billion each (that’s $2 billion) in punitive damages for their Roundup-linked cancers. This is reportedly the largest award personal injury award this year and the eighth largest in US history. Although the punitive portion of the award will likely to be reduced under U.S. Supreme Court precedent, the trend in jury sentiment is clear. 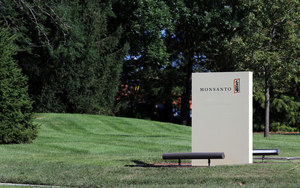 More than 13,000 Monsanto glyphosate lawsuits are pending, and the next is scheduled for trial later this summer in St. Louis. But back in most people’s neighborhoods, Roundup is still available in easy-carry bottles. Check it out at your local home improvement store. Neither the formulation, nor the warning label has been changed.

Why is this happening to folks trying to keep a tidy yard?

And what happened to Alva and Alberta?


What happened to Alberta and Alva Pilliod is very odd. A married couple in their 70s, both developed non-Hodgkin lymphoma within four years of one another. This is a rare cancer, and the chance that both would be diagnosed with it, absent some intervening factor, is roughly 20,000 to 1.

The intervening factor may be that both used Roundup to kill weeds on their properties for decades. They never used protective gear because they thought Roundup was safe.

The essence of their claim is that Monsanto lied about the risks. Had they known about the danger, they would have taken protective steps. Now, however, their lives are damaged, and they will likely die sooner than they would have absent exposure to an environmental poison. This seems harsh. The jury was clearly persuaded.


In 2003 the United States Supreme Court issued a defining decision regarding the Constitutional limits of punitive damages awards. In State Farm Mutual Automobile Insurance Co. v. Campbell, it struck down a punitive damage award of $145 million and declared that the Due Process Clause of the Fourteenth Amendment places limits on a state court’s ability to grant punitive damages.

The rule of thumb is generally that punitive damages should not exceed compensatory damages by a factor of more than a single digit. Nine to one is fine; ten to one is too much. The punitive damage award in Pilliod is over the limit, and so, will probably be reduced.

Whenever astute readers come across the phrase “tort reform,” and whether they believe that a strict numerical reduction does justice, they should generally understand that the phrase is about limiting punitive damages.

Johnson to Hardeman to Pilliod– What happens next?


The first of the three cases involved a school groundskeeper, DeWayne Johnson, who used Roundup on school properties as part of his job from 2012 to 2015. He applied the weed killer 20 to 30 times per year while working as a groundskeeper for Benica United School District in the San Francisco Bay Area.

In 2014, he began to experience severe skin irritation. He contacted health care providers and Monsanto, to ask if his skin irritation could be caused by his use of Roundup. Monsanto never responded to him, so he continued to use it. In August of 2014, he was diagnosed with epidermotropic T-cell lymphoma.

However his job still required him to use Monsanto glyphosate-based herbicides. In September 2017, his physicians diagnosed him with non-Hodgkin lymphoma. At the time of trial, he was near death. He received a jury award of $289 million ($250 million of which was for punitive damages). It was later reduced to $78 million.

Edwin Hardeman used Roundup and other Monsanto products kill to weeds and overgrowth on his 56-acre Sonoma County property in the 1980s and continued using them through 2012, according to his attorneys. He was diagnosed with non-Hodgkin lymphoma in 2015.The first phase of his lawsuit against Monsanto found that Roundup was a substantial factor in causing his cancer. The second phase of the trial found liability on the part of Monsanto and its corporate parent, Bayer AG. The jury found that Monsanto should be held liable for Hardeman’s illness because it failed to include a label on its product warning of the weed killer’s risk of causing cancer. He was awarded $80 million in damages.

More ROUNDUP CANCER News
The Pilliods’ case follows close on the heels of Johnson and Hardeman. Their award will probably come down. The big question is: what happens next?

It is important to remember that the next cases will be decided in a different jurisdiction, where the governing law and precedents may be different. The jury will be different, too. What will likely remain the same, however, is the factual basis of the lawsuit, including studies about the cancer-causing properties of glyphosate. New lawsuits will also have the benefit of other developed evidence and arguments.

The “what’s next” question is the hardest of all, of course. Although Bayer AG, the parent company of Monsanto, has been quiet on the subject of settlement, few would be surprised to see new openness to resolving disputes in this way, given recent trends.