On October 11, 2018, San Francisco Superior Court Judge Suzanne Bolanos tentatively ruled that she would toss out the jury’s $250 million punitive damage award and schedule a new trial on that issue. The judge also suggested she may also drastically reduce the $39 million compensatory damage portion of the Monsanto glyphosate lawsuit award. The final ruling is due on October 22. The results of this trial are expected to have significant impact on the hundreds of Roundup cancer lawsuits now pending. 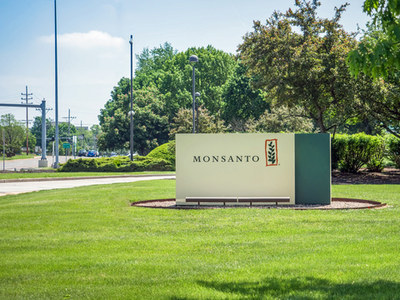 
DeWayne Johnson used Monsanto Roundup and Ranger Pro, a similar product, as many as 30 times a year in his job as pest control manager for a San Francisco Bay Area school district. His non-Hodgkin’s lymphoma, which he claims was caused by exposure to glyphosate, was diagnosed when he was 42. His case, the first Monsanto glyphosate lawsuit to go to trial, was fast-tracked because he is not expected to survive past 2020.

After three days of deliberation the jury awarded him $289 million – the bulk of which was in punitive damages. Monsanto moved for a judgment notwithstanding the verdict (JNOV), asking the judge to overrule the jury because Johnson’s lawyer misled them and used improper hyperbole comparing Monsanto to tobacco companies during his closing arguments.

It appears that Judge Bolanos is prepared to grant this motion especially with respect to the punitive damages because of the lack of “malice or oppression” on the part of Monsanto. The jury has urged the judge to respect the verdict, claiming that to do otherwise would shake confidence in the judicial system.

Does Glyphosate Cause Cancer?


Glyphosate, which is the active ingredient in Roundup, is the most widely used herbicide in the world. Residues commonly appear in food and water, but Monsanto has long assured the public that it is “as safe as table salt.”

In 2015, however, scientists with International Agency for Research on Cancer (IARC) concluded that glyphosate was a probable human carcinogen with a particular link to non-Hodgkin’s lymphoma. The state of California thereafter required Roundup and other weed killers containing glyphosate to be labeled as a known carcinogens

On the other hand, in December 2017, the Environmental Protection Agency released a draft risk assessment concluding that glyphosate was not likely carcinogenic to humans.

The Problem with Punitive Damages


Compensatory damages are aimed at compensating the loss suffered by a party to a civil suit. Although hard to imagine, there are ways to calculate this sum even when the harm is the loss of a life, as it will be with Mr. Johnson. Punitive damages are intended to punish the wrongdoer with the hope of deterring similar conduct in the future. Punitive damages are quasi-criminal in nature. They are also a frequent target of tort reform advocates, who argue that they should be limited to circumstances where actual malice can be shown.

What is a JNOV?


An appeal is to be expected with a verdict like this. A post-trial motion for a judgment notwithstanding the verdict (JNOV) is something else, altogether, though. JNOVs are very rare and very controversial.

More ROUNDUP CANCER News
A defense counsel’s JNOV motion argues that no reasonable jury could have reached the verdict that the jury in this case did. It claims that the jury did not follow proper instructions and ruled for the opposing party based on legally insufficient evidence. In other words, it is a terrific slap in the face of the jury. It strikes at the heart of public confidence in the jury system. A JNOV may also be reversed on appeal by plaintiff’s counsel. It would be reasonable to expect an appeal if the judge grants the motion.


It would have been easier to predict the impact of Johnson if defense counsel had simply crept off to lick its wounds. That was never going to happen, though.

Monsanto, and its parent, German pharmaceutical company Bayer cannot afford to lose the Roundup cases, given the widespread use of the weed killer. They can be expected to fight vigorously or settle quickly, to put the controversy behind them. The fundamental problem for plaintiffs is the debatable nature of the scientific evidence about the link between glysophate and cancer. New, more conclusive studies could also alter the legal landscape. Either way, the Monsanto Roundup litigation is likely to continue for many years.

Posted by
EFSTATHIOS J CATOGAS
on November 25, 2018
I have used roundap over 10 years and have developed cancer
Posted by
brent j hordon
on November 19, 2018
trying to get help with sevre chronic back pain, asked the dr for an mri, which he ordered. insurance company cites prioritized health care list as their reason for the mri procedure denial. filed for the appeal, representing myself as im unemployed at the moment and broke. researched the ors's and oar's their attorneys used as legal authority. hey should have continud reading, just two paragraph down from their denial ors cite, in the clearest langua ive ever seen in an ors, the statute states that diagnostic procedures have been specifically removed from the prioritized helth care list umbrella and that all diagnostic procedures "will and must be paid". i summed up my appeal stating that i was looking forward to hearing exactly how hard an admin law judge would laugh at heir"attorney " as he ordered them to pay for the procedure.. i delivered the appeal to the insurance co in person and in less than 24 hours recieved in my mailbox an order reversing the denial making the appeal moot. id wager money if i had any the same companies legions of staff attorneys continue to cite the wrong legal authorith to deny myriad diagnostic services regularly. the radiologist reading the mri stated it was "unremarkable" with no explanation or even suggestions for whats causing the agonizing daily back pain giving me no quality of life ar even the ability to seek and/or maintain employment. jokes on me,and my life sucks
Posted by
JBD
on October 20, 2018
This is bullshit. What's the point of having a 6-week trial with competent jurors if corporations can just buy judges. Monsanto/Bayer did not provide the evidence needed to convince these capable, educated jurors that Roundup is safe, but there was plenty of evidence presented to convince the jury that Monsanto acted in malice by not warning users of its potential harm. 8,000+ plaintiffs waiting to sue these experts in POISON. Just another day in corrupt corporate america.